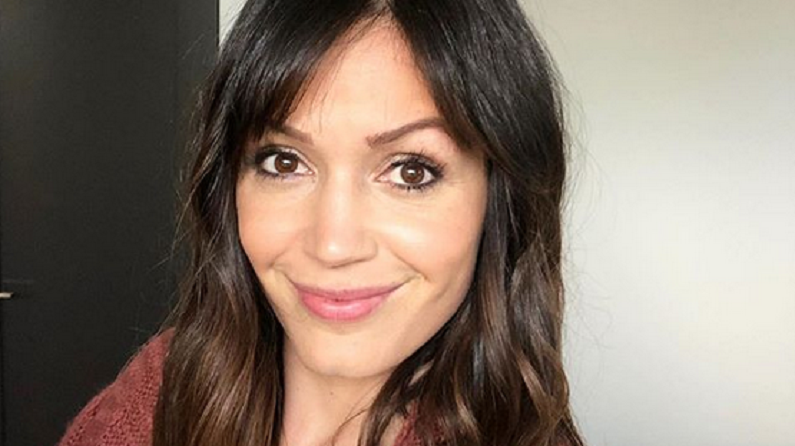 Former Bachelorette Desiree Hartsock knows a thing or two about the television show. She appeared on season nine of The Bachelorette where she found love. Her husband Chris Siegfried got the final rose and her affection on the ABC series back in 2013. The couple also has two children — Zander Cruz Siegfried, 1, and Asher, 4.

Now she’s sharing her thoughts on the new season of The Bachelor. According to Us Weekly, she will be blogging each week about her thoughts on Peter Weber’s season. She plans to write a recap every Tuesday. In her latest blog post, the reality star said she was “thoroughly impressed” with Weber.

Why she’s so “impressed” with Pilot Pete

Hartsock shared her thoughts on Monday night’s episode. That’s when she revealed that she was rooting for Weber for many reasons. She feels that this Bachelor is different from the Bachelors of the past. He has a gentleman-like quality that’s rare.

“I have to say, I’m thoroughly impressed by Peter. I don’t remember how old he is and am too tired – it’s already past my bedtime at the time I’m writing this – to find out,” she wrote. “But, I do feel like his emotion and sincerity are far more refined than most guys at his age.”

Hartsock then stated that she felt she was kind of babbling at that point. She thinks that it’s a good thing that he experienced heartbreak on The Bachelorette because it made him realize what kind of relationship he wants this time around. She’s clearly rooting for the guy and is looking forward to seeing which lady he ends up choosing.

How does Desiree Hartsock make her money these days?

As The Ringer reported, The Bachelor franchise became a launching pad for influencers. The longest-running series allowed contestants to find new careers on Instagram. And it doesn’t look like its popularity is going to die down anytime soon. The increased popularity has many of its contestants looking for a new social media career.

So, how does Desiree Hartsock make her money? She collaborated with FabFitFun’s Jolie Jankowitz. In 2014, she was looking for a way to expand her reach by partnering with a wide variety of YouTubers and Instagram influencers. The founder of the athletic brand revealed she’s a huge fan of The Bachelor, so it was a win-win.

“It definitely started with us just being viewers ourselves,” she said. “After YouTubers, those reality stars were actually my first go-to. Their audience aligns perfectly with FabFitFun, and to me it was a no-brainer.”

Dallas was a dream for our @desireehartsock bridal pop-up shop but now onto Austin then some family time in San Antonio!🙏🏼 . . Heading into this week with hope, health & intention on the mind! What are you believing for this week?!

One of those contestants was Desiree Hartsock and Clare Crawley, a runner-up from Juan Pablo Galavis’s season. She also worked with Catherine Lowe (2013 Bachelor winner) and Trista Sutter, the very first Bachelorette. Hartsock doesn’t make money from this alone. According to her Instagram bio, she’s also a designer for her eponymous bridal collection.

What are your thoughts on what Desiree Hartsock said about Peter Weber? Do you agree? Sound off below in the comments section.

Don’t forget to check back with TV Shows Ace on the latest news about Bachelor Nation.