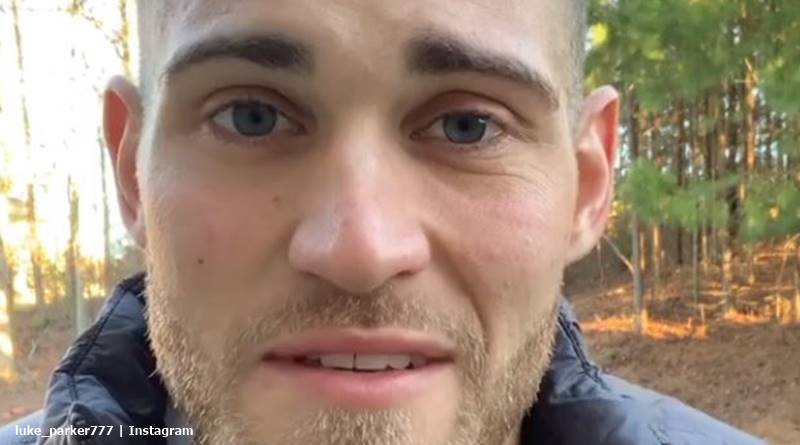 Bachelor Nation fans don’t all hate Luke P. He hit the tabloid headlines recently as potentially dating Justin Bieber’s ex, Caitlin Beadles. Plus, the new Bachelor season also raised the interest of fans in Luke again. Some of them think that ABC villainized him in Hannah B’s The Bachelorette. And, a surprising number of his fans would like to see him make a return to the franchise.

Despite The Bachelorette making out that Luke was a crazy, power-filled, and demanding egotistical man, many fans see him as a good character. In fact, lots of his fans seemed happy when news emerged that he and Caitlin Beadles might be dating. TV Shows Ace reported at the time, that they were seen ice-skating together. Plus, they both shared pics of each other. Though it was early days, quite a lot of people liked the idea of them together as they both share the same faith. And, in Caitlin’s case, she seems to practice a Christian lifestyle a lot more than Hannah B.

In fact,  it may not come to anything, as Cheatsheet noted the couple who aren’t a couple intend to take things very slowly. It’s conjecture as to whether the Bachelor Nation alum takes it further than a good friendship. His fans feel that Hannah B actually misrepresented what the behavior of a “real” Christian should be, so they hope she stays away from him going forward. One fan said on a post that Luke shared on January 9, “The more episodes of the show i watch, the more your words carry more weight. From The windmill incident to [the] same bachelorette barging into the next bachelor season etc.”

Fans think the show did Luke wrong with it’s editing

Many fans on Luke’s various posts think that ABC did him wrong with their editing. They feel they deliberately made him a villain just because he held Christian values. Actually, some of the hate he gets shows just how much his appearance ended up villainizing him. Fans hate it that Luke came out looking like the bad guy. But, Bachelor Nation alum, Ryan Bowers knows how it feels. He sent a long and encouraging message to Luke.

Recall that Ryan was featured on Season 8 of The Bachelorette. He left in week six. The previous student of the Presbyterian College understands how Luke P feels. He wrote, “What’s up fellow bachelorette “villain” lol.” He added that he went through it as well.
But, he noted that “God had a plan!” He added, “If you were like me you could see all the manipulation coming from a mile away. It’s tough to desire to do good and to be good to others and have your character come under fire.” He also mentioned, “Proud of you! Keep the faith!”

Starting January 1st is my New Years 30 Day Fitness Challenge 💪Go sign up🔥Link in Bio Personally, I love how good I feel when I am in a consistent stretching routine and getting in extra yoga flow 🧘‍♂️along with other maintenance on my body Stretching/Yoga can 1. Decrease muscle stiffness 2. Increase Range of motion 3. Improve posture 4. Helps manage and reduce stress 5. Improves mechanical efficiency and overall functional performance I have proper warm up and cool downs as well as yoga flow in my programs because I know how important it is to stretch, to help be fit for life! #functionalfitness Try these stretches/yoga flow out and let me know what you think!

On a post last week, one Bachelor Nation fan said to Luke, “please consider going on bachelor in paradise.” On another post from January 6, one fan said to Luke, “I really wanted you to be the next bachelor, but it’s okay.” Another fan noted, “if they ever make Luke P the bachelor can you sign me up?? Thanks.” Other posts repeatedly see people wishing he could have another shot in the ABC franchise. But, Luke never answers any of them. It seems that maybe he’s over the whole thing.

What do you think about fans of Luke P feeling that the show villainized a good man? Are you surprised fans would love to see him back on the franchise? Sound off your thoughts in the comments below.

Remember to check back with TV Shows Ace often for more news about Luke P and Bachelor Nation followers.

Erin Krakow Wants Lori Loughlin To Return To ‘When Calls The Heart’
THAT’S A WRAP! ‘LPBW’ Filming Complete: Is The TLC Series Finished?
‘Deadliest Catch’ Captain Keith Colburn: How Is He After Battling Covid?
Erika Jayne Promotes ‘RHOBH’ Amid ‘The Housewife & The Hustler’ Debut
‘Love After Lockup’ Spoilers: Why Was Courtney Arrested?