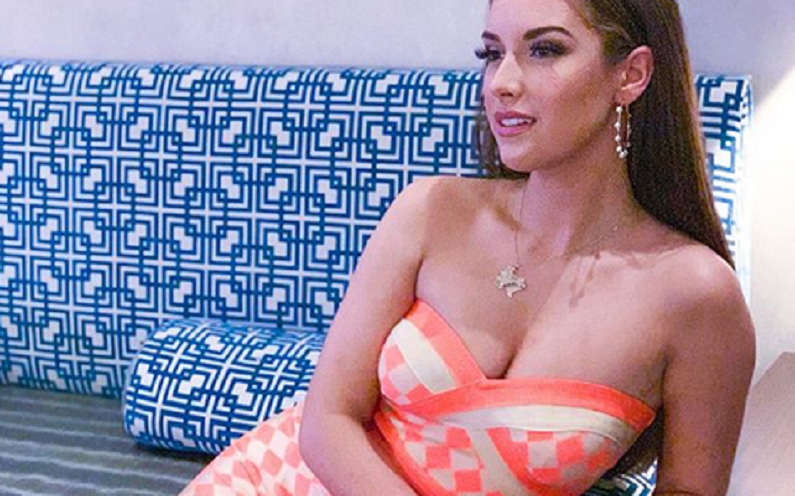 Alayah Benavidez was eliminated on Monday night’s episode of The Bachelor. The dedicated citizens of Bachelor Nation are just recovering from this roller coaster ride of a season. First, they suffered whiplash when Luke P. moved on from Hannah Brown to one of Justin Bieber’s exes. Then there was that drama with Brown and Peter Weber.

But most fans were happy to see this contestant eliminated. They feel that she was on the show for all the wrong reasons. But how many contestants really appear on the show for the right reasons? Fans saw behind her malicious motives and so did her fellow contestants.

This won’t be the last of Alayah Benavidez

She could make another return to the mansion. During the rose ceremony, Weber thought he made the wrong decision. He tells a producer that it felt right to send her home at the time. But now he’s not so sure. Harrison and crew were excited to drag out this latest piece of drama.

Next week’s preview teased that Benavidez could be returning to the mansion. In a new clip, she’s seen making a powerful entrance.

“I’m here to freaking set the record straight about what was said about me,” she says in the new teaser video.

Bachelor Nation fans love drama. But when it comes to Benavidez, they want her gone. She wasn’t even on the show long enough to become a fan favorite. No one even knew that she was around half the time.

As reported by TV Insider, Bachelor Nation fans are mixed on Weber’s decision for letting her go. Some believe that she’s a snake in the grass while others blame the editing. Benavidez responded to the backlash on Twitter. She tweeted that there’s a lot that fans don’t see behind the scenes.

“Just a reminder to everyone… There is about 1,200 hours of footage from Bachelor filming,” Benavidez wrote. “In total you’re seeing maybe 20 hours this whole season. theres [sic] a lot you don’t see.”

Just a reminder to everyone…
There is about 1,200 hours of footage from Bachelor filming.
In total you’re seeing maybe 20 hours this whole season. 🤷🏻‍♀️ theres a lot you don’t see.

Some fans aren’t buying it, though. They still think she’s being fake. It’s confusing why the producers would have this contestant return. Is she trying to shake things up? Or is she really here for Weber?

What does she plan to do next?

One of the contestants asked her if she works, referencing her pageant queen background and her dreams of wanting to become a “pilot wife.” She vaguely stated that she has “three jobs.” What are her three jobs?

As reported by Women’s Health, she works as an orthodontist assistant. Her Bachelor profile states that she makes appearances as Miss Texas and gives “back to her community.” She also works as a model, as evidenced by her Instagram account.

Any excuse to play dress up… and I’m in! I had the best weekend exploring Virginia and seeing @courtney_lynne12 and @c_cranshaw pass on their titles last night❤️ I love y’all so much. Now… back home to my Titan baby🐶 #Virginia #wanderlust #travelwithme #gowns #rva

In addition, Benavidez co-owns Three Bees Boutique with her mom and sister. Each purchase “helps fun literacy initiatives,” according to the website. Even if she’s malicious, she at least gives back to the community.

What are your thoughts on Aalyah Benavidez? Do you agree that she’s shady? Sound off below in the comments section.