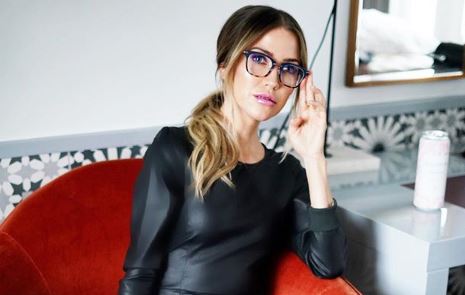 When Kaitlin Bristowe opened up about her feelings about The Bachelor Season 24 kicking off, she mentioned “bitter feelings” towards one person. Naturally, everyone assumed she meant her ex, Shawn Booth. That isn’t the case, at all.

During an interview with Us Weekly, the former contestant knew that everyone would think Booth. After all, we’ve all had some bitter feelings towards our exes in the past. However, there’s someone else from her time on the show that gives her some ill feelings.

Who Could the Culprit Be?

Despite saying that Booth isn’t who the “bitter feelings” are directed towards, Bristowe decided to remain silent on the actual culprit. This wasn’t to lead us down a rabbit hole of guessing games, but more for her own mental health. All she wants to do now is to move forward, and avoiding the name of the person is going to help with that. After all, the minute she gives a name, every single publication is going to print it and it will come up again and again in the future.

It’s arguably a smart move on her part, even if it does leave us fans wanting to know. The drama is part of what makes The Bachelor so much fun, so there’s this need to know what happened after all these years.

However, one thing she does share is that the person wasn’t a contestant on the series. That certainly makes it all the more intriguing since we now can’t look back through previous seasons to figure out who it could possibly be. The working theory is that Mike Fleiss is the person behind the bitter feelings since he did reportedly prevent her going on Dancing With the Stars.

BABY KB!! Good luck, @pilot_pete we are all rooting for you. Unless you break my friends heart. She’s on your season. Then you will have me to deal with 💪🏼 (jk) Cant wait to record reactions tonight. Who’s gonna drink @spadeandsparrows with me tonight. I always question watching every season due to a little PTSD, overwhelming emotions, and knowing a little too much. But I just always want to support the people going through this “journey”. So while I have bitter feelings towards one person (not a contestant), out of hundreds, I will choose to love the hundreds of others who changed my life. I will try to remember the positive experiences. Let’s please all try really hard to not hate, or bully contestants this year. Try to remind yourself they are humans, not characters. Words hurt and you never know how you would be in these kinds of situations. A little chirping and teasing is fun, questioning people’s behavior is fine. Hate is not. Xoxoxo Wait on that note please don’t rip me apart for lookin different. I’ve aged 5 years, changed my teeth, have had Botox, and dyed my hair blonde. Of freakin course I look different. K let’s gooooooooo #TheBachelor

Focusing on the Good from The Bachelor

We all have a tendency to focus on the negative. That’s not something that the 2015 contestant wants to worry about. Kaitlyn Bristowe admits that she has a little PTSD from the series, and trying to watch a new season isn’t all that exciting when she knows what’s happening behind the scenes. However, there are hundreds of people she’s met within Bachelor Nation who she loves, and it’s time to focus on the positive.

The message about positivity came as The Bachelor Season 24 premiered. Bristowe put out a request to avoid bullying this year on the reality TV series. It happens a lot, and it’s time to avoid fueling the negative energy. Some of the negative feelings for Bristowe are definitely not with Booth, who are friendly but don’t talk.

The Bachelor Season 24 continues at 8/7c on ABC.