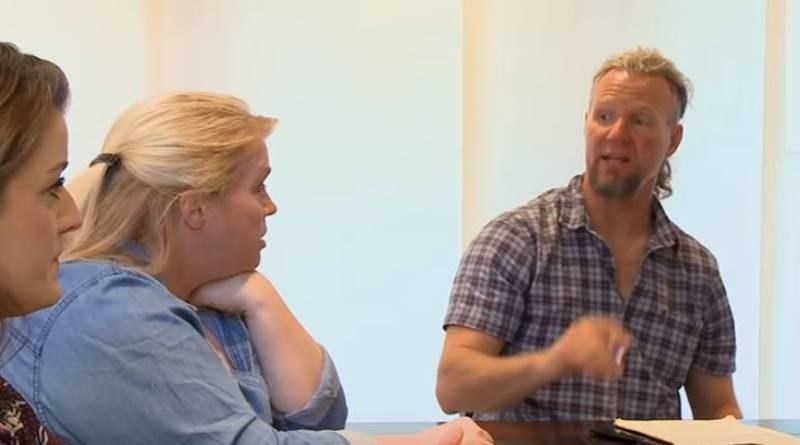 Sister Wives fans looked forward to a new season of the show. Now that it has arrived, more hate seems to come out for Kody Brown than in the past. There always were critics of Kody, but his selfishness that now emerges on the TLC show brings even more anger. This encompasses the move to Flagstaff. Plus the fact that he doesn’t like dogs, enraged critics. Then, fans grew angry that he wants more than one place for himself to live in.

One thing fans often see on the show is when Kody sets up his charts and acts like the CEO of a huge business with his wives. It seems he dreams up ideas, then pretends everyone reaches consenting his family conferences. But to fans, it looks like no matter what the wives feel, he just goes ahead and makes the decisions anyway. In fact, fans still believe to this day that Kody made the decision to relocate from Las Vegas for Robyn. TV Shows Ace reported about that.

We noted that her oldest son Dayton…attends the Flagstaff-based Northern Arizona University (NAU) on a scholarship.” Additionally,  “the idea of Dayton being so far away from the family [stressed] out his mom.” On the show this season, Sister Wives fans see Robyn getting into her ‘Sobbin’ Robyn’ role about leaving Vegas, but lots of fans don’t buy it. They still think Kody made the decision to please her. And, fans see it brought depression and stress and generally affected the kids negatively.

Popculture reminded readers that Kody really pushes the single mansion divided into four spaces. But fans noted their anger against him on Twitter about his other plans. He also wants a separate cabin. One critic noted, “So Kody wants separate living quarters in the house AND a cabin for when he wants to be away from married life and parenthood. Get in line, pal!” Another Sister Wives critic noted, “Wait what? Kody wants his own house and possibly another child?? F*cking crazy, disrespectful and rude.”

Kody is all over the place. I want to be with you. I want to be away from you. It’s like he’s confused about his own lifestyle and choices. #SisterWives

Kody doesn’t like dogs, racks up the hate more

The kids got sad and lonely in Flagstaff and started showing signs of depression. But Kody didn’t seem to care. Literally, Christine had to argue the point about dogs being good company for the Sister Wives kids. Fans grew super-angry then. Here’s what some of them said on Twitter:

Mr. it’s all about meeee Kody doesn’t like dogs. Further confirmation that he’s the king of the douches. #SisterWives pic.twitter.com/EtVHm9PxWx

Plenty more critics went off about Kody not liking dogs and being so selfish. Others can’t get over how he ever got one wife, never mind four to live with him. What do you think? Do you think Kody’s behaving particularly badly on this season of the TLC show? Sound off your thoughts in the comments below.

Remember to check back with TV Shows Ace often for more news and views on the Brown family from Sister Wives.