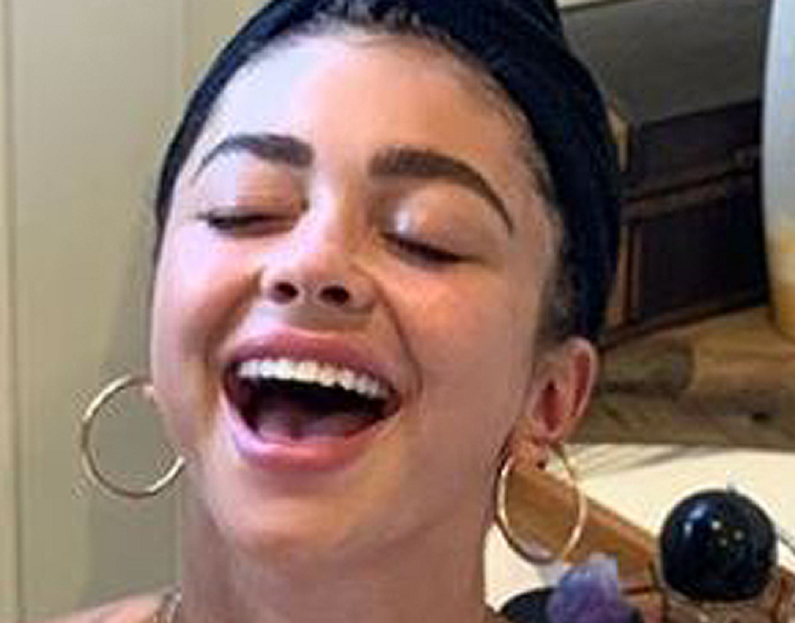 Sarah Hyland is pretty cheeky on social media. As TV Shows Ace has reported, she often cracks jokes about her relationship with Wells Adams. Now, it seems like the actress has a case of baby fever. She gave the perfect response to a fan who asked about her disappearance on Modern Family.

Some would call her response interesting. Everyone knows that she’s engaged to the Bachelor in Paradise alum and is happy. It’s possible that her character has inspired her to have children of her own. While some fans thought her response was a joke, others assumed the actress threw shade at her show.

Hyland has only been on a few of the 11 episodes of the ABC comedy. When a fan noticed her disappearance, her response had fans wondering what it meant. Does she have a serious case of baby fever? Or, is there something more going on behind the scenes?

“Apparently I’ve been busy with the twins,” she responded to the fan on Twitter on Friday, Jan. 17, as reported by Hollywood Life.

Apparently I’ve been busy with the twins 🤷🏻‍♀️ https://t.co/dsuwIrTmfb

The response was a reference to her character Haley Dunphy, who gave birth to twins in the season 10 finale. She welcomed a boy and a girl with new husband, Dylan. Some fans assumed that she was joking about having kids. Others thought she was throwing shade at Modern Family. They agree that her character was “being done dirty” by the show.

She teased the episode, which aired back in May 2019. Hyland shared a behind-the-scenes photo of herself dressed up as her character and holding twin babies. She said that her “ovaries exploded” while filming that scene. As reported by the Mirror, some fans were confused by Hyland’s photo and questioned when she was pregnant.

Most of them flooded to her Instagram post with mixed reaction. Most praised the show while others complained that she posted a big spoiler.

Sarah Hyland hints that she wants kids with Wells Adams

The couple expressed interest in having kids since getting engaged in July 2019. The Bachelor Nation alum shared a photo of himself cuddling a sleeping infant. He wanted his 28-year-old fiancé to see how he would look as a new dad to which she responded her “ovaries are destroyed.”

As Hollywood Life reported, fans were confused once again by the photo. Some of them thought they had a baby. It shouldn’t be too long for the couple to have kids since getting engaged. They’re probably in a bit of a hurry. However, they haven’t set a wedding date as of yet.

What are your thoughts on Sarah Hyland’s tweet? Do you think it was just a joke? Sound off below in the comments section.