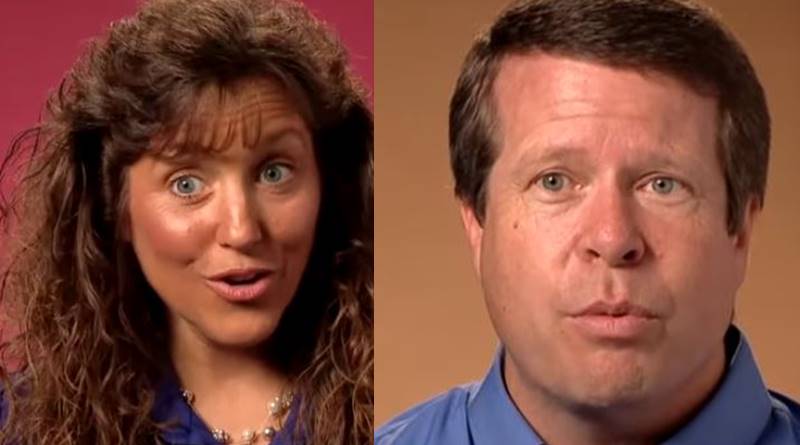 Duggar fans know that the family really holds some strong conservative views. Of all the Duggars, probably only their cousin Amy went on her own mission in life. But, the remaining family members toe the line with Jim Bob’s views on dating, making babies, holiday celebrations, and that nature. Posting on behalf of the family, a new post tagged as pro-life sparked some really intense debate on Instagram.

Duggar family stand firm on certain issues, but Amy King’s her own person

Amy Duggar prefers for her family to be known as the Kings. When she shared a recent post about her son Daxton, TV Shows Ace reported that she smartly told a fan who called him a Duggar that he’s actually a King. She runs her own business now and planned her pregnancy. Not like most of the Duggar girls, who immediately fall pregnant as fast as possible. She makes her own way, becoming her own person and distancing herself from Jim Bob. Maybe that’s a good thing, as it takes her away from all the arguments and debates on the Duggar family posts.

In April last year, The Hollywood Gossip noted that strong arguments erupted on the Duggar family’s Instagram, It came when they shared about watching the movie Unplanned. The outlet wrote, “The Duggars’ endorsement of the deeply divisive film sparked an immediate response from fans.” In fact, arguments, debates, and rows went on for some time. Now, they shared another post plugging their pro-Life stance and once again, a huge debate arose.

On Instagram, the Duggar Family page posted up a photo of  Jim Bob holding a poster. It shows a fetus at seven weeks after conception. The caption read, “Every human life has value and is created in God’s image! So encouraged to stand up as a family with thousands of people across America and affirm the value of those who cannot speak for themselves!” He also used the hashtags “#prolife” and “#marchforlife.”

Naturally, people from both sides of the abortion argument started commenting. One Duggar follower wrote, “i’m still pro choice though. 🤡 you don’t know a women’s story or the circumstance, y’all aren’t pro life, y’all are pro birth please learn the difference,(sic).” Another person also commented back, saying, “say it louder for people in the back 💯.”

But naturally, others also chipped in with differing views. One of those argued “No we are pro life, because it doesn’t matter in what circumstances that child was conceived in, it still deserves a life. they didn’t choose how to be conceived. There are many other choices rather then abort it. If you are choice then where is the baby’s choice, (sic).”

As you can imagine, that led people back into the arguments about babies born from assault and all the rest of it. It looks like this debate’s likely to rage on the post for some time to come.

Every human life has value and is created in God’s image! So encouraged to stand up as a family with thousands of people across America and affirm the value of those who cannot speak for themselves! . #life #whywemarch #prolife #arkansas #springdale #marchforlife

What are your thoughts on it? Sound off in the comments below.