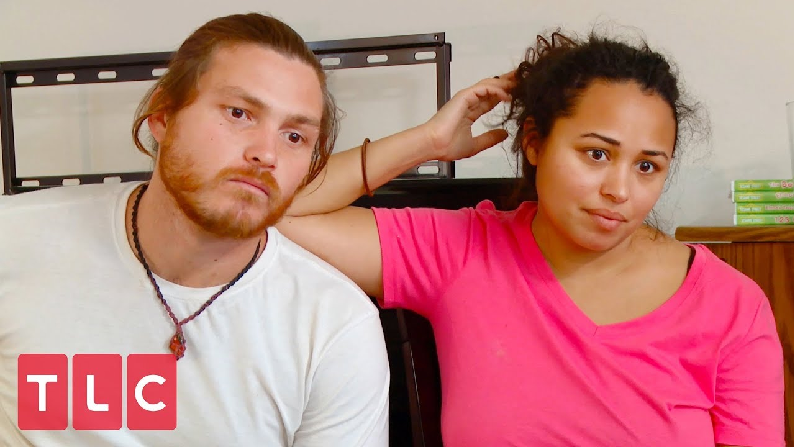 90 Day Fiance fans are not happy with Tania Maduro. She’s become the most-hated cast member of the season. They criticize her for her poor treatment of her fiancé, Syngin Colchester. On Sunday night’s episode, fans exploded when she revealed that only her first boyfriend was her soulmate. Apparently she doesn’t understand that you can have more than one soulmate.

So, why are Tania and Syngin together? It’s clear that the two couldn’t be any more different. What makes things worse is her treatment of the South African. She makes it look as if she needs a man around to give her children and to take care of her shed. Their relationship is far from romantic, and last night’s episode proved that.

As reported by meaww.com, the couple spoke to an astrologer to find out if they’re compatible. However, 90 Day Fiance fans already know they’re not compatible. Syngin seemed keen with the idea of using an astrologer to see if their charts align together. The astrologer, who goes by the name AfroMystic, told them that their up-and-down relationship will lead them to fight and make up often.

The astrologer then said that it’s the soul that brings two people together. But it’s the personality that will keep them together. She asked the couple if they felt if they had a soulmate connection. Syngin said while he didn’t believe in the concept of soulmates, he changed his mind when he met Tania. He fell in love knowing that Tania was his soulmate. That’s not the same for Tania. She revealed that she didn’t feel a soulmate connection.

Syngin was understandably upset and so were the 90 Day Fiance fans. He questioned their relationship and declared that he needed a break. Tania explained that she still wants him to be the father of her child even if she doesn’t feel a soulmate connection. Syngin couldn’t understand this new information that he just received. Fans were also shocked by this revelation as well.

It’s no secret that fans of the show hate Tania. As TV Shows Ace reported, they thought it was in poor taste when Tania left Syngin hanging to go party in Costa Rica. And now they’re worried that the couple has gotten married. They were hoping the two would split because of the way Tania treated Syngin. Some of them believe that Syngin left Tania and went back to South Africa.

In a now-deleted Instagram Live chat, he revealed that he’s single. According to John Yates, a blogger and longtime fan of the 90 Day Fiance franchise, was asked about Syngin’s mysterious Instagram Live appearance. Unfortunately, he hasn’t shared his thoughts yet.

Fans noticed that Syngin removed his Live chat. One noticed that he’s back in South Africa, where he came from.

What are your thoughts on Tania and Syngin? Do you agree that Tania treats him poorly? Sound off below in the comments section.