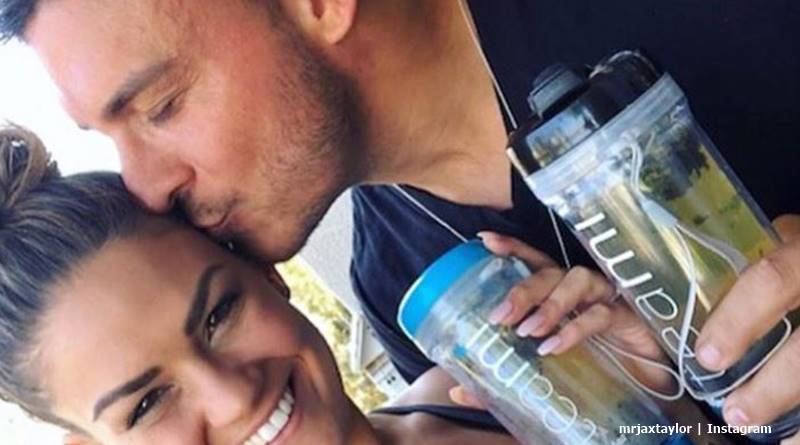 VPR fans know that Jax Taylor really can’t wait to become a dad. In the meantime, he and Brittany expanded their little family when they got another puppy. They already had two dogs, and clearly dote on them. Now, Jax shared a loving picture of him with his pup. Fans think it really portrays him being a wonderful dad.

TV Shows Ace reported that Jax and Brittany put off making babies until “after co-star Stassi Schroeder’s wedding in Italy later this year.” We speculated that maybe the new puppy might satisfy their baby-fever in the meantime.

Cheatsheet reported in November that Jax joked about the pressure to become a dad. Back then, he shared a funny joke on Twitter about “ovulation operation.” But seriously, right from the early episodes of him and Britany, Jax never denied he wanted to be a father one day.

In fact, quite a lot of his Twitter posts refer to being a dad soon. So, this delay in making babies probably bothers him a bit. After all, he’s forty and not getting any younger, as they say. But, in the meanwhile, it looks like being a dad to the dogs and the new puppy nurture the desires of the VPR star. The latest post he shared on Instagram got fans talking about how the pic portrays him being a wonderful father.

Jax shared a picture of him holding his pup. The look on his face is very loving fans think. He captioned it with, “My little girl sophie. 💟.” The photo was taken by Brittany and some fans think it deserves a frame.

One fan said to Jax, “Omg!! Congrats on your new baby! ❤️❤️.” Another noted, “Just wait till you and Brit have your human Bub. You’re going to be superb parents.” Then this comment came, “a human baby would look cute on your shoulder also!” And one VPR fan said, “Need a baby or three in that mix now.”

Well, Jax probably intends becoming a dad as soon as they can get that pesky wedding out the way. But, he knows Brittany told Andy Cohen that there’s no way she wants to miss her friend’s wedding, like Friends.

Bravo TV mentioned that Brittany explained, “I don’t want to be so pregnant where I’m stuck like Phoebe on Friends and can’t go to her best friend’s wedding.” But, fans hope that a pregnancy announcement for the VPR couple comes soon after that.

Not too late for a Vanderpump Rules baby announcement in 2020

It’s not too late to hope that a baby starts coming the way of Jax Taylor and Brittany Cartwright in 2020, after all. What did you think of the lovely pic of the pup? Do you think it portends Jax will make a wonderful father? Sound off your thoughts in the comments below.