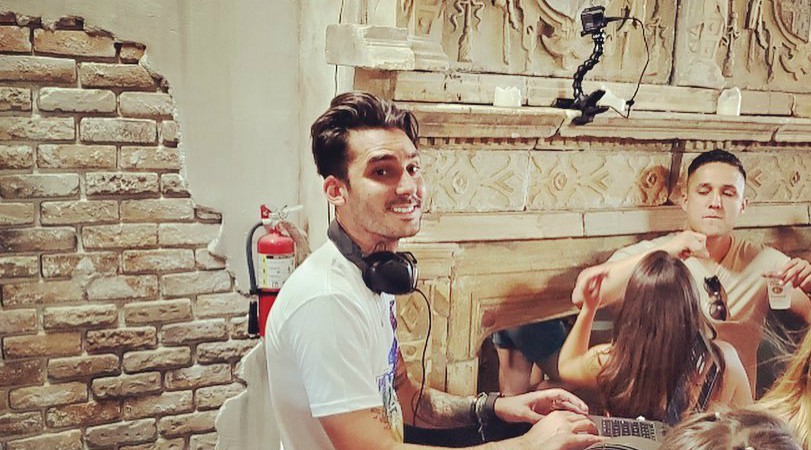 Vanderpump Rules star Max Boyens is likely regretting not purging his social media ahead of the show’s Season 8 premiere. After just two episodes, the reality star is under fire after fans discovered racists tweets from 2012.

Following backlash from fans, Vanderpump Rules star Lisa Vanderpump was forced to respond. The SUR owner admonished her employees in a statement to People. She wrote that her restaurants don’t “tolerate bigotry of any form.”

Lisa did note that both men regret what they wrote on social media when they were younger. She assures fans that Max and Brett have learned their lesson.

What she doesn’t say is whether they will keep their jobs. Brett works as a server at SUR while Max is the manager of TomTom.

Report: Max May Not Return for Season 2

Radar Online reports that Max will be fired from TomTom and, presumably, Vanderpump Rules. A source claims that the model only apologized “because he got caught.”

Despite Lisa’s statement that implies forgiveness, fan backlash may be too much to save Max. He didn’t make the best appearance in his first two episodes. Max and Brett were heard gossiping and throwing shade at Scheana Shay.

However, Max’s love triangle between Scheana and newcomer Dayna Kathan dominates the Season 8 promos. While Max’s future with the show is uncertain, Bravo will likely continue airing his scenes from Vanderpump Rules.

The Season 8 episodes were filmed earlier this summer, leading up to Jax Taylor and Brittany Cartwright’s wedding.

Jax Taylor is the original VPR bad boy. Some fans earned the ire of Jax by comparing newbie Max to the Jax of Season 1.

TV Shows Ace reports that Jax is not a fan of the newbies. In fact, much of his Twitter posts this week have been defending friend and co-star Peter Madrigal.

During the Season 8 premiere of VPR, Peter attempted to talk to Dayna about their bathroom hook-up. Dayna wasn’t a cast member at the time of the hook-up but she and Peter were filmed going into the bathroom together.

However, when Peter brought it up, Dayna pretended it never happened. Instead, she claimed that she was simply using the bathroom while Peter was in there with her.

Jax has insisted on Twitter that Dayna is lying about what happened to save face. He assures fans that he has Peter’s back. Jax tweeted that he will bring the topic up at the Season 8 reunion later this year.

Oh I’ll bring this at reunion.. not gonna make my friend look stupid and get away with it. https://t.co/DFUBoQhsaF