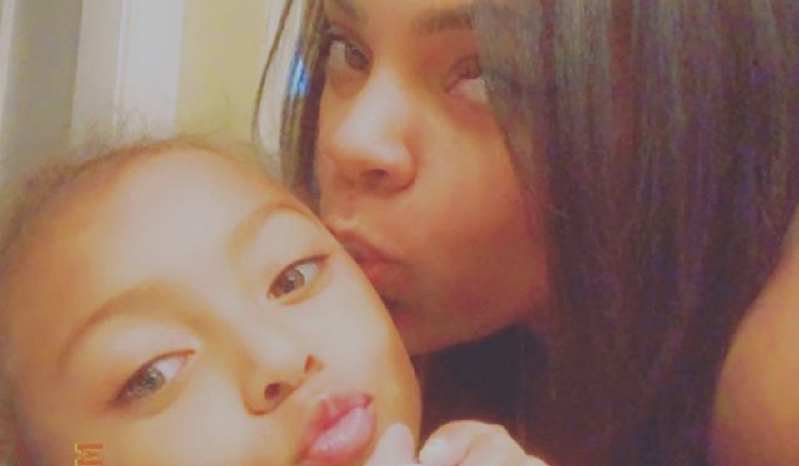 Aaron Hernandez’s fiance Shayanna Jenkins-Hernandez thanked fans for their support on Thursday, Jan. 16. She broke her brief social media silence in a new post on Instagram. This comes after the release of the documentary Killer Inside: The Mind of Aaron Hernandez debuted this week on Netflix.

The three-part documentary follows Hernandez’s life, including his arrest and suicide in 2017. The former tight end for the New England Patriots was arrested in 2013 for murdering Odin Lloyd, a man who dated Jenkins-Hernandez’s sister. He was also charged with the shootings of Daniel Jorge Correia de Abreu and Safifro Teixeira Furtado.

Despite breaking her social media silence, she revealed that she still needs “some time away from social media.” She revealed that she can’t avoid the negativity involving her former fiance. As Yahoo Entertainment reported, she posted a message to fans on Instagram. She thanked them for their “support and positive energy.” Jenkins-Hernandez concluded her post with the hashtag “#stayhumble.”

She posted the following cryptic message on the same day as the documentary’s release. In the caption, she wrote “Give me the strength” along with the prayer emoji.

Give me the strength 🙏

What should you know about the Aaron Hernandez documentary on Netflix?

He was a normal teenager with a bright future. He went from a high school athlete to a tight end for the New England Patriots. His career ended after he was convicted of one murder and was allegedly involved with two others. As reported by the New Hampshire Union Leader, Hernandez’s family members didn’t want to participate in the documentary.

The documentary takes a look into Hernandez’s childhood. He remembered the times when his father treated his mother poorly. He blamed his mom for his rough upbringing.

“I was the happiest (expletive) little kid in the world, and you (expletive) me up. And I just lost my father, and I had to go to college. And I had nobody,” Hernandez told his mother during a phone call from jail.

In a separate phone conversation, he tells her that he can’t trust her. He reveals to his mom that she’s going to die without ever getting to know who her son really is. Back in 2018, Hernandez’s brother revealed to People that the athlete experienced emotional, physical, and sexual abuse before dedicating his life to murder.

What happened to the former football player and his fiance?

Hernandez and Jenkins-Hernandez dated for several years before his legal issues. He’s also the father of Jenkins-Hernandez’s oldest daughter, Avielle, whom the couple welcomed in 2012. Engaged, they never married.

Netflix’s Killer Inside: The Mind of Aaron Hernandez is available now. Check back with TV Shows Ace on the latest news on Netflix shows and movies.