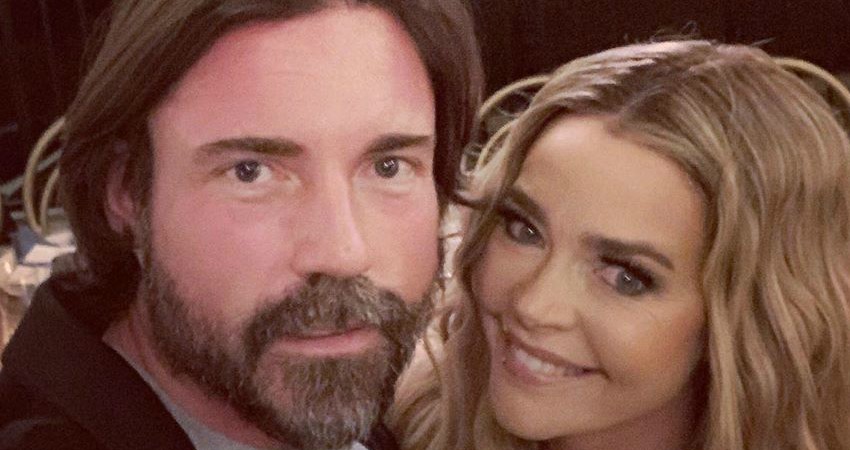 The Real Housewives of Beverly Hills’ Denise Richards has had a tough last few months. Rumors about the actress feuding with some co-stars have followed Denise for months. New allegations from former friend and co-star, Brandi Glanville, could have consequences on Denise’s marriage.

Radar Online reports that a trashed rental home is the reason behind a new lawsuit against Denise and Aaron. The owner of the rental alleges the couple didn’t adhere to the pet clause, among other issues.

Reportedly, “two pot-bellied pigs and three dogs” were approved in the lease. Animal lover, Denise, may have overstepped that clause and allowed more pets into the home.

A new report by The Blast explains more about the basis of the destruction. “Dead possums, rats and animal poop” was allegedly found throughout the home. However, Denise claims those issues were already in the home before she rented it.

Her rep denied the trashing of the home to Radar Online. They flat-out said, “That’s not true.” They also note that Denise never actually lived in the home. Rather, a family friend resided in the rental home.

While fighting off this lawsuit, Denise and her family are also in mourning. A dog she rescued ten years ago, Louie, passed away after The Bold and the Beautiful actress returned from a work trip to Spain.

Denise wrote a heartfelt tribute to the “funniest & most animated” pet. Many of her soap opera and RHOBH co-stars offered their condolences on the loss. Shannon Beador, from RHOC, wrote that she was “sending lots of love your way!”

Heartbroken💔. Came home from Spain to say goodbye to our Louie…. did everything to keep him here. Sadly for us, it was his time to cross the rainbow 🌈 bridge. We rescued him 10yrs ago and he’s one of the funniest & most animated furry babies. I’m so grateful he waited until I got home so I could be with him. I know he’s now with some of his siblings & his nana (my mom) but it still hurts. Louie you are so loved & will be missed terribly. Thank you for blessing us with your unconditional love & effervescent beautiful spirit my ❤️..

The stars of Season 10 of The Real Housewives of Beverly Hills are under a lot of pressure. Fans threatened to leave in droves after Lisa Vanderpump quit the show following a tense Season 9. It’s up to the remaining ladies to bring the drama.

Speculation that the new season is “boring” without Lisa caused Bravo to bring back some familiar faces. Brandi Glanville, Camille Grammer, Eileen Davidson and Adrienne Maloof are all slated to appear in the new season.

Two new faces – actress Garcelle Beauvais and Sutton Stracke – have been added to the mix. TV Shows Ace reports that an argument between Brandi and Denise got so bad that Denise stopped filming and considered quitting.

Many media outlets report the argument stems from a fling between the co-stars. Reality Blurb reports that Denise may sue Brandi for defamation over the allegations. Now that the drama is heating up, fans are eager to know when the show will return to Bravo.

Andy Cohen recently revealed on Twitter that fans can expect the RHOBH trailer in a month or so.

A month or more

The Real Housewives of Beverly Hills will hit the air later this year on Bravo.

Another Duggar Might Already Be Engaged & It’s Not Jana!
‘General Hospital’ Spoilers, June 7-11: Can Chase & Curtis Be Saved?
Adam Busby Gets Candid About Something He Cherishes Deeply
‘Live Rescue:’ Will A&E Resuscitate The Series After The Pandemic?
Where’s Lilah Roloff’s Glasses? Mommy Tori Clears Confusion