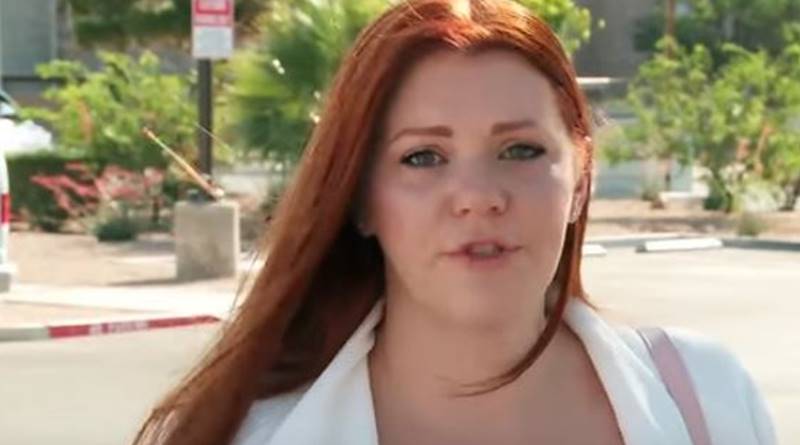 Love After Lockup star Brittany Santiago garnered plenty of social media fans. But, like most reality TV stars, she gets a lot of critics and trolls as well. She and Marcelino seem mostly happy together with the kids, and she’s expecting again. But, this season, the spoilers indicated some problems and tensions arise between them. Now, a troll who commented on her complaints got hit back by her and Brittany turned it into a major troll fail.

TV Shows Ace reported that Brittany recently wrote a book. It takes some education and intelligence to achieve that. Plus, it needs a lot of self-discipline. So, when she shared about it on her Instagram, fans were thrilled. Many of them love that she pulled herself out of a bad start in life. As this season reminds fans, she ran away as a teen, but her mom never hung around too long before basically writing her off.

Cheatsheet revisited her childhood, noting that she got away from her abusive home at just age 12. Next, homeless, living in poverty, inevitably, that led to addiction and crime. That’s how the Love After Lockup star started off inside bars. Later, she got released but went back inside again. But, she certainly seems determined now, to make a go of things and raise a happier family than she experienced. So, after she obviously made an effort to turn her life around, it’s no wonder she shot down a troll on Twitter.

On Twitter on Friday night, Brittany replied to a post that read, “Brittany could at least obtain her GED while she’s nagging Marcelino about work. All she wants to do is have babies and lay up. #loveafterlockup #lifeafterlockup.” Her epic reply really showed just how uninformed trolls fall on their faces sometimes. She wrote, “I obtained my GED years ago and I’m currently going to college full time… thanks.”

Meanwhile, other Love After Lock Up fans then congratulated her and said much nicer things. One person wrote, “Remember you don’t have to justify anything to these negative people! You are doing amazing!!!” Then another one added, “I was thinking last night how much respect I have for you. You have worked hard to turn a bad situation into a good one. Enjoy your little family!”  A Loyal supporter also noted, “Your good girl F**k what people think. Your doing good least your married and have a good family.”

What did you think of Brittany hitting back with her truth and causing a major Love After Lockup troll fail? Do you think maybe some people should get their facts right before taking to their keyboards? Sound off your thoughts in the comments below.

Remember to check in with TV Shows Ace often for more news about WEtv’s Love After Lockup.