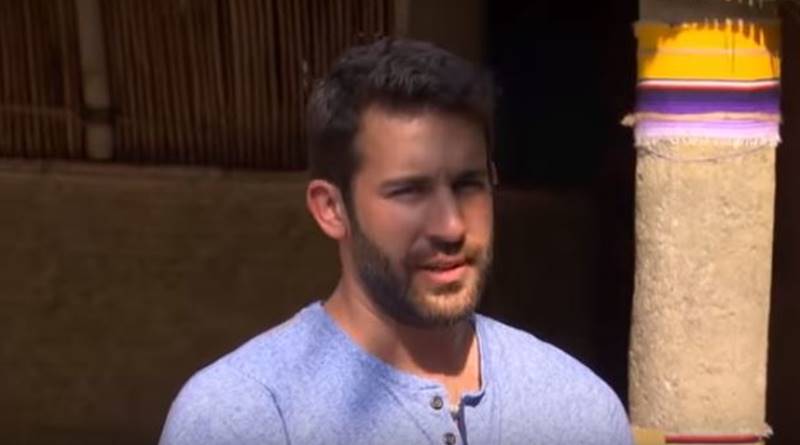 BIP star Derek Peth hit the tabloid headlines last year with rumors and counter rumors about his relationship with Taylor Nolan. Now, he hit the news for a completely different reason. It’s all about his cheese-eating habits, which some people think is bizarre. But, he also won some Brie Cheese-loving fans as well.

TV Shows Ace reported that Derek Peth and Taylor Nolan broke things off. Then fans heard she took up with another guy. Later, “Taylor Nolan and her boyfriend ‘Canada man’ finally split.” At the time, she talked a bit about Derek. She noted that her man from Canada never really gave her the “affection” she experienced with Derek. Rumors arose via sources though, that as she and Derek never really “got closure,” that she might consider him in her life again. Well, maybe she also needed to consider his cheese-eating habits as well.

Yahoo ran a story by People about the way Derek eats cheese. And, not everyone likes Brie. It seems that’s one of the BIP star’s favorite cheeses. According to the John Eats Cheese blog, the cheese smells strongly of ammonia. That’s off-putting for people who find it unpleasant. The moldy rind also looks a bit off to non-moldy cheese eaters. So, when Derek eats his round of Brie like a sandwich, mold and all, that could be a bit off-putting to his lady loves.

Brie cheese – straight from the wrapping, eaten like a sandwich

People noted that Derek was “backstage” at an Almost Famous podcast event. First, Bachelor in Paradise alum Ashley Iaconetti shared a post on her Instagram Stories. But later, the reporter and Guru on Twitter, Yashar Ali shared it as well. He captioned it with, “Look how @PethDerek eats Brie…my god.” Well, people looked and some of them were amazed. No worries to Derek about spreading the stuff, he just chomps away as if he’s eating chocolate cake or something.

While the video clip emerged on Yashar’s Twitter in January this year, the BIP star told fans last year how much he loves his cheese. In a post in September, he wrote, “My love language is cheese.” People responded to that, with one saying, “Scrolling through my twitter feed with a large number of serious topics about climate strike and hurricane Imelda, with this one tweet sandwiched between it all made me giggle.”

My love language is cheese

Reacting to the video on Twitter, BIP followers shared their thoughts. Here’s what some of them said:

What do you think of’ Derek Peth amazing his fans with his Brie cheese-eating technique? Do you think it’s weird? Sound off your thoughts in the comments below.

Remember to check back with TV Shows Ace often for more news about ABC’s Bachelor In Paradise.