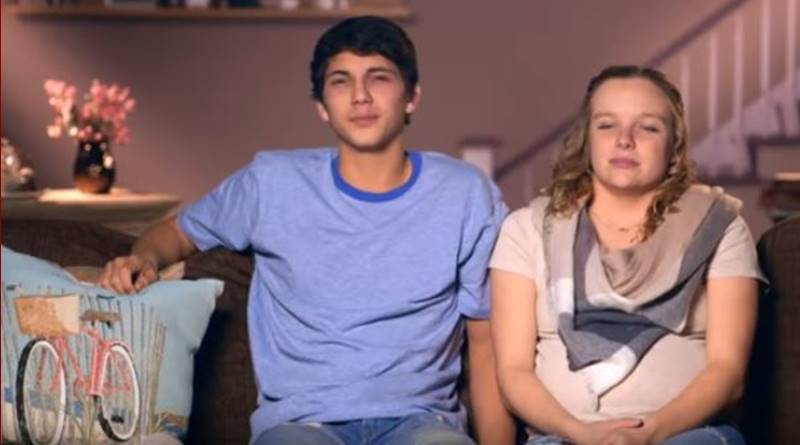 Unexpected brought Diego Reyes and his girlfriend Emiley Noack to TLC fans in 2018. They had a little girl named Aria Beckett. But, fans heard they broke up, and now it looks like Emiley found a new man from Texas. While her news came out this month, Diego also updated with some news on his Twitter. He said that he signed up for the Army and attends basic training at the Fort Sill Military Base.

TV Shows Ace reported in 2018 that Emiley and Diego went through rocky times as they jointly raised their child Aria. The Tell-All described how Emiley felt Diego treated her poorly, and he wasn’t around often enough for her and the baby. News came that they broke up, and for ages little seemed to happen. But this week, Emiley shared a photo on her Instagram about a guy named Hunter.

Starcasm reported that it’s not clear how Emiley and Hunter met. Plus, they noted that he’s from Texas, so assumed they met while he traveled for work. Irrespective, it looks like Diego chose a different way of life anyway. He took to his Twitter this week and announced a major career move. The Unexpected star said that he’s joining the army.

On Twitter, Diego’s photo showed him standing up straight with his hand in the air. Probably, he was swearing his oath of allegiance. Not dressed in uniform, he nevertheless stood in front of US army flags. He captioned it with, ” “Officially apart of the US Army,(sic).” For a while before this picture, he seemed a bit down on his Twitter. Maybe he thoughts deeply about opting for the army. A week or so back, he hinted at change by posting, “I’m so ready to get out of this small town life.” Plus, he noted that he needs to do some more running as just one block is a mission.

So, perhaps the Unexpected star decided he’d get fit before entering the army. Hopefully, he managed. After all, military training seems to involve an awful lot of running! Before that, he also retweeted someone who posted, “you must have discipline because you will not wake up motivated everyday,(sic).”  Well, for sure he will learn about discipline in the army. One fan asked him where he expects to do his training, and he said, “Fort Sill.”

Officially apart of the US army pic.twitter.com/TjhR6YcPwc

Fans react to Diego going to the army

Fans reacted to his post about the army. One said, “Proud of you Diego!” Another noted, “Super proud of you!!” Others commented on how it’s a big move for him. Several of the Unexpected star’s followers said how proud they were that he opted to join and serve his country. “Congrats and thank you for serving!” one comment said. It’s a tradition to thank people for serving, as if they don’t get home, it’s too late to thank them.

The Fort Sill Military Base explains, their “mission is to train artillery Soldiers and train them well. To do that, they are trained day and night to put “steel on target.”‘  Hopefully, Diego sticks with it and makes it through his training. What do you think about him joining up? Do you think it’s the right move for him? Sound off your thoughts in the comments below.