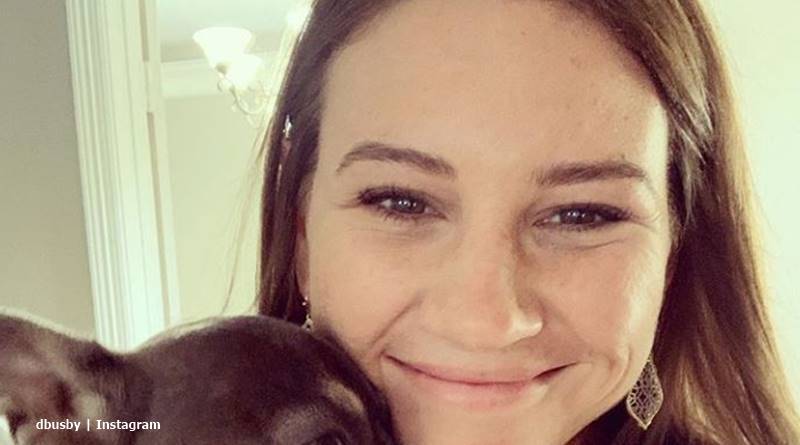 OutDaughtered mom Danielle Busby spent time in hospitals and visiting doctors in November. Now, she feels very ill but it’s unrelated. Her second trip to the doc revealed that she’s tested positive for flu. But, when she earlier went to Urgent Care, they said she didn’t have the flu. Now she looks to longer recovery time.

Danielle went to have a hysterectomy and suffered a lot of pain afterward. TV Shows Ace reported in November that she really struggled with the post-op pain. In fact, she shared on her Instagram, “I experienced the worst physical pain I have ever had in my life at my doctor’s office this morning.” Well, she got over that but now Danielle feels very ill. Luckily she never got that sick following her recovery at home from the hysterectomy.

Daily Soap Dish reported that about a month or so after her surgery, back up on her feet, Danielle and other bloggers held a competition. Danielle shared it on her Instagram. A lucky winner would take home $3,000 for the holiday season. They noted that was a really nice thing to do. Karma’s thought to reward good for good, but for poor OutDaughtered star Danielle, things look bleak right now. In fact, she says she’s so ill she struggles.

Ill with the flu but Urgent Care didn’t spot it

On her Instagram post, Danielle wrote, “It’s been a long week and it’s getting worse! 🤒🤧😷.” She explained that she “went to urgent care Monday to find out I don’t have the flu or strep but yet have bronchitis and ear infections…” So, for four days, she took “antibiotics, steroids, cough meds and [an] inhaler…” However, she noted, “I still feel horrible.” So she went back to see the doctor and said, “there it was! Positive Flu B 😤😭.”

It seems like the OutDaughtered mom went through a frustrating week. Danielle wrote, “I kept saying this whole week, I have the flu …i know i do…bc I haven’t ever felt like this with bronchitis! And since I’m 5 days in I can’t take tamaflu so here is to another 5-10 days that i can still be sick!” She noted that it’s really hard taking care of all the kids. But luckily Adam’s not sick so he’s “on duty 🤪😘.” Hoping to take her mind off it all, she asked her fans for ideas on something to binge-watch on TV.

It’s been a long week and it’s getting worse! 🤒🤧😷Went to urgent care Monday to find out I don’t have the flu or strep but yet have bronchitis and ear infections… 4 days of antibiotics, steroids,cough meds and inhaler…I still feel horrible. Back to doctor today and there it was! Positive Flu B 😤😭 I kept saying this whole week, I have the flu …i know i do…bc I haven’t ever felt like this with bronchitis! And since I’m 5 days in I can’t take tamaflu so here is to another 5-10 days that i can still be sick! #theworse #aintgottimeforthat As a mom of 6, nothing is harder to do than take care of kids when you are sick. It’s so hard! Thankfully Buzz isnt sick! Dads on duty 🤪😘 So peeps….I’m bored of laying around, coughing my lungs up, aching everywhere…and i need something to binge! Comment below on something binge worthy ☺️

How did the first visit to Urgent Care miss Danielle’s flu?

At least the OutDaughtered mom now knows what’s making her so ill. Hopefully, resting, binge-watching TV and lots of fluids help her feel well soon. What do you think about her being told she didn’t have the flu but it turned out she did? Did that ever happen to you? Sound off your thoughts in the comments below.