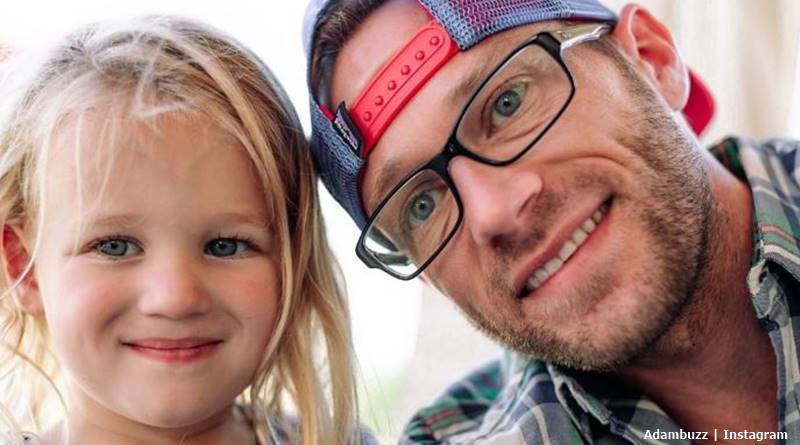 OutDaughtered mom Danielle Busby went down hard with flu. In fact, her first test came up negative, so she went back to the doc. It turned out she has Flu B. Adam’s at home so he’s helping to care for the kids. But, he now told his fans the kids also started getting sick. Plenty of armchair doctors told him what’s what when it comes to flu including vaccinations, Tamiflu, and other remedies.

TV Shows Ace reported that poor Danielle really had a rough time with her flu. She felt so ill that she went to Urgent Care. But, they put her on antibiotics and missed the fact she got flu. So, she went back to her doc and this time, it turned out she does have Flu B. While, she’s ill, Adam’s been looking after the kids. But, he went to his Instagram and updated about them. He said they also got sick now as well.

Sometimes, the first rapid test for flu can come out negative. Plus, Adam noted that even if people get a vaccination, sometimes it’s only about 50 percent effective. So, with Danielle ill, he suspects the kids now falling ill probably have the same flu as their mom. Naturally, as he’s pretty much the caregiver now, things could get more difficult if the OutDaughtered dad also gets sick.

Adam Busby shares about the kids getting sick

Over on his Instagram, Adam shared a photo of himself. In it, he held up his glass of Emergen-C. He captioned it with, “Probably isn’t going to do much, but pounding @emergenc like a first semester frat boy.” He also noted that it was not an advert. Then he said, “Danielle has been down all week and just found out she has the FLU… most of the girls have started running a fever. Taking them to see the doctor and getting swabbed today. God help us…”

Well, a few OutDaughtered fans hoped that everyone gets better soon, but mostly, they either delivered armchair doctor advice or argued about vaccinations and taking Tamiflu. For some reason, the parents of the quints and big sister Blayke seem to get much more advice on raising their family than other TLC stars. Mind you, even Doctor Jen Arnold of The Little Couple sometimes gets told off by armchair doctors about vaccinations, Cheatsheet reminds fans.

Some people suggested that Adam take Tamiflu to help prevent him from getting sick as well. But, plenty of people said you can’t do that. Then someone who said they really are a doctor, said he could. So, Adam said that he’ll speak to his doctor. One follower came in with, “and death is listed as a side effect of tamiflu and many more horrific side effects to maybe lessen the symptoms by one day. That’s a hard pass.” Then another commented, “yeah- so you can have psychotic hallucinations and other terrible side effects to cut the flu a day short? Nope.”

Getting really bossy with the OutDaughtered dad, one sarcastic comment read, “don’t mind that the children may have hallucinations and suicidal ideations from the tamiflu. Doc says it’s fine 🤦🏻‍♀️.” But unswayed by all the comments telling him not to take Tamiflu, he said, “I heard that they no longer let you take it as a preventative… I’m definitely going to ask.” So, it looks like he is well able to ask his own doctor about things. And, in the meantime, taking Emergen-C probably won’t do much harm.

Probably isn’t going to do much, but pounding @emergenc like a first semester frat boy. Danielle has been down all week and just found out she has the FLU… most of the girls have started running fever. Taking them to see the doctor and getting swabbed today. God help us… #notanad #illtakeitthough 🤷🏼‍♂️ #OutDaughtered #itsabuzzworld

Adam’s not going to rely on armchair doctors

What do you think about armchair doctors giving Adam their views and telling him what’s what with vaccinations, flu, and Tamiflu? Do you think that OutDaughtered Adam dad really plans to just ignore everyone and go and see his health professional for medical advice? Perhaps for him, that’s the safest approach. Sound off your thoughts in the comments below.

Will The ‘Punky Brewster’ Reboot Get Season 2?
‘The Blended Bunch’: Aimee Shemwell Was Pregnant When She Tragically Died
Reality Steve Reveals ‘After The Final Rose’ Host
Jenna Johnson Gets Unexpected Visitor While She And Val Are Away
Where Do Tammy & Amy Slaton Buy Their Cute Clothing From?