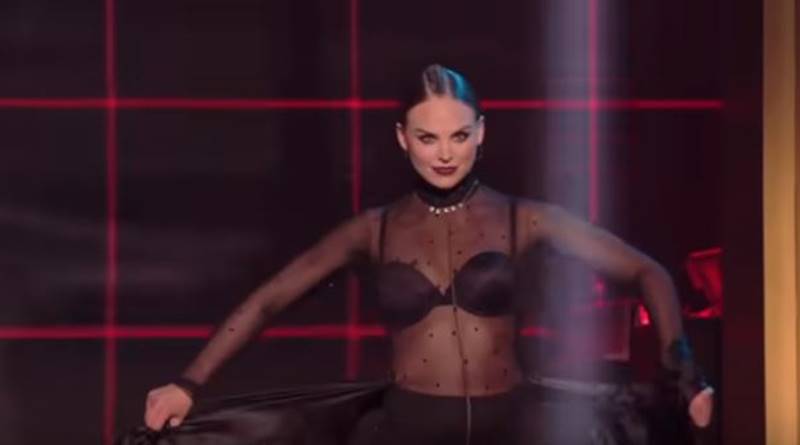 Hannah Brown fans heard that this month, she felt very violated when thieves broke into her car. After she discovered the theft, she was really down. But, perhaps those thieves should thank their lucky stars she never caught them at it. That’s because Hannah’s got loads of boxing skills. Now, she’s working even harder on bringing out “The Beast” during her boxing training.

TV Shows Ace reported that this month, Hannah went into the shops. But, when she came out a few minutes later, she noticed someone smashed her car window. They made off with her purse and other things. She notified her followers on her Instagram stories. We wrote, “In addition to her purse, her keys medication, sunglasses, cash, air pods, charger, and some paperwork were among the things snatched from her vehicle.” At the time she sounded very down and vulnerable.

‘The Beast’ mode starts to come out during boxing

Taking to her Instagram Stories on Thursday night, Hannah shared some short clips of her training. The first clip got captioned with, “First day,  I only thought I was going to throw up once.” Then the next clip showed her next to a speedbag. She captioned that one with, “First time forreal learning how to do a speed bag (sic).” The final clip showed her trying it out. That one, Hannah Brown captioned with, “Beast Mode Is In My Blood.” Then she added, “By next week we are going to be rolling’.”

Well, hopefully, Hannah gets better and better at her boxing. Possibly the next time thieves pick on her they might discover there’s a real beast under that Alabama ex-beauty pageant girl. Mind you, tackling thieves might not be a great idea. But, Hannah’s working hard on her vulnerable side. On her social media, she never apologized for her vulnerability. It seems fans love her because it’s okay to be vulnerable. And, it’s also okay to work on being a beast.

What do you think about Hannah working hard during boxing training to get into “Beast Mode?” Sound off your thoughts in the comments below.