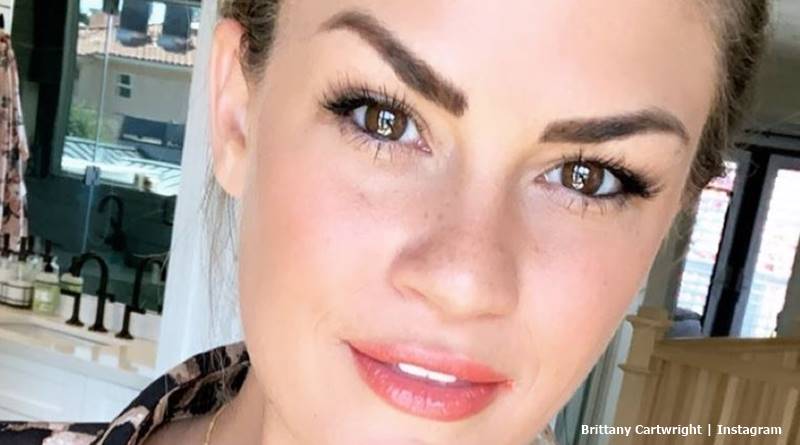 VPR star Jax Talyor had himself a fun-filled weekend and he thought Brittany the best wife ever when she didn’t mind him going away. He and his friends spent time on the slopes. Now, he returned and Brittany took off for her own time out with friends. She went to Utah and looks gorgeous standing all bundled up in the snow.

TV Shows Ace reported that Jax went off to the mountains with his friends. There they had a blast riding the slopes. Plus, they stopped off in the shop to pick up some stuff. Luckily for them, they didn’t need to stand in any queues for the ski lift either, as Jax’s friend made a plan for them. He noted on Instagram that other people needed to queue for up to 20 minutes.

Before they left for the trip, Jax said that Brittany just told him to have a good time, and gave him her blessing to go. So, he noted that she’s “The Best Wife.” Well, now it’s Brittany’s turn to go and play in the snow. Her latest photo of her in the snow contrasts with the one shared the day before. In that pic of her mowing the lawn, The VPR star pretty much brought a lot of heat to the scene.

Bravo Tv reminded us that on the Vanderpump Rules show, fans saw “a sexy boudoir photo shoot Brittany curated.” It was part of her wedding gift to Jax. Then, they noted that one on Instagram’s steamy as well. Well, that was the day before, and she certainly isn’t setting the place alight in Utah with all the snow around her. She shared her photo in Utah with the caption, “Having so much fun in Utah with the girls and I am lovingggg cuddling up in cute comfy clothes and of course boots!”

I make this look easy 😉 Tune in tonight for a new episode of #PumpRules and see a peek into my sexy boudoir shoot for Jax with all of his favorite things… like this lawn mower. lol❤️

Jax replied saying that he really loved the boots. Other fans also said that they wanted them immediately. Other VPR fans noted that her camo jacket looked gorgeous as well. One of them noted, “I swear you can make anything look chic and glamorous!! 🔥🔥🔥🔥🔥.” Another said, “U look so cute & cozy!!! U are the sweetest!” Meanwhile, others loved her headwear, her gloves, and her pants. Fans certainly seem to like everything about her these days.

Brittany assures fans she and Kristen are friends

Several fans wanted to know who the other girls were with Brittany. But, she never replied. However, she did answer one VPR fan who asked, “are u all friends with Kristen still?” Brittany said. “ammmm love her!”

Having so much fun in Utah with the girls and I am lovingggg cuddling up in cute comfy clothes and of course boots! These are called “Jordyn” from my January drop with @shoedazzle 🔥❤️❄️ Click the link in my bio to shop my collection! 😘 #shoedazzleambassador Happy Shopping! ❄️❄️❄️

What do you think about Jax going away with his friends and now Brittany enjoys time in Utah? Sound off your thoughts in the comments below.