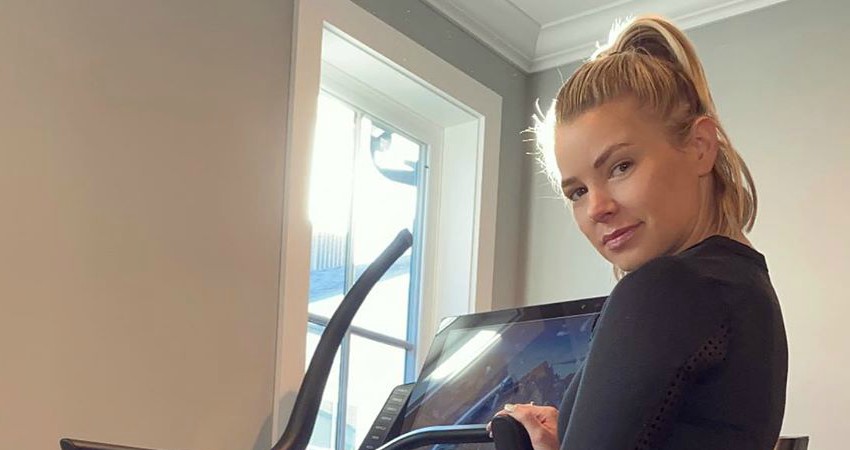 Ariana and Sandoval recently became best-selling authors for their Fancy AF cocktail book. However, not everything is as it appears on television.

On Tuesday’s episode of Vanderpump Rules, Ariana sat down with SUR owner Lisa Vanderpump to talk about possibly getting her job back. The reality star revealed that she had slowly cut back on bartending shifts due to commitments to writing the book and her new home.

Ariana and Sandoval bought a house together in early 2019. However, the excitement of an impending book launch and a new home faded quickly.

The SUR bartender explained to Lisa that she felt bored. Coming back to work a few shifts a week would help, Ariana said.

People reports that Ariana wasn’t happy with herself. She said,

“I had these, like, big, huge life goals that I have achieved, like the house, the book. And I thought that was gonna fix me.”

The VPR star confided in Lisa that the new house wasn’t decorated yet because some days she couldn’t get out of bed. “I think I need to be medicated,” Ariana revealed to her boss.

As fans likely know, Lisa’s brother, Mark Vanderpump, passed away suddenly in 2018. The tragic passing sent Lisa into a tailspin. In fact, the lack of understanding from her RHOBH co-stars ultimately led to the reality show icon to quit the show at the end of Season 9.

During her chat with Ariana, Lisa opened up about the struggle. “I experienced it a lot last year when I lost my brother. Nothing made sense to me,” she said.

The SUR owner then tried to encourage Ariana by saying, “If I can do it, you can do it.” She also told Ariana to let others doubt her, not to doubt herself.

At the beginning of the conversation, Ariana explained why she said some negative things about Lisa during Season 7. Ariana felt that Lisa was too hard on Sandoval, whom Ariana called one of the hardest workers.

TV Shows Ace reports that Ariana and Lisa buried the hatchet and are closer than ever. However, that doesn’t mean Ariana has her job back. At the end of Tuesday’s episode, Lisa said she would think about letting Ariana work at SUR again.

When Ariana joined Vanderpump Rules full-time for Season 3 she began dating Sandoval. Viewers didn’t know much about the aspiring actress for many seasons. She kept her personal life close to the vest.

In recent years, fans learned that Ariana suffered body image problems due to an abusive relationship.

The star also speaks openly of her desire to never have children or marry.

During Season 7, a hookup with co-star Lala Kent was revealed. Jax recently caught backlash for implying Ariana was a lesbian during a Watch What Happens Live appearance.

In response, Ariana shaded Jax on Twitter. She said it’s not that hard to understand bisexuality means liking men AND women.

Whether Ariana returns to her SUR bartending job remains to be seen. Vanderpump Rules airs Tuesdays on Bravo.