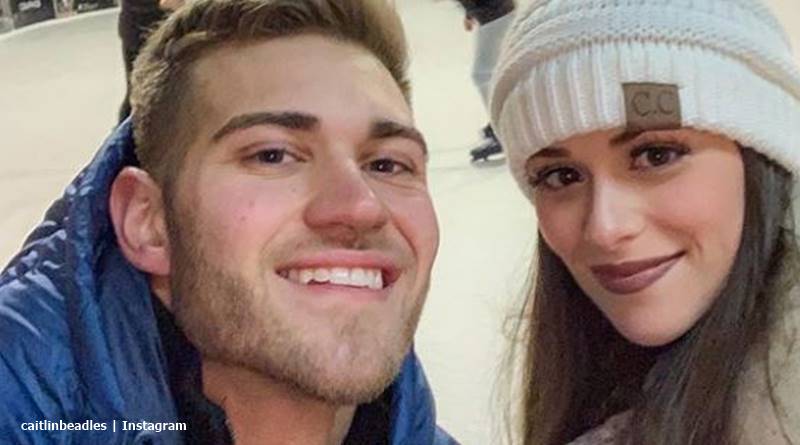 The Bachelorette fans watched as Luke P went from Hannah’s flame to Hanah B’s ex. Initially, dominating the competition, he ended up being sent away.  Trying to return after being sent home, he left disappointed. Since then we heard that Peter Weber got angry about Becca Kufrin and Rachel Lindsay comparing The Bachelor‘s  Hannah Ann to a female version of Luke. But, in the meantime, it looks like Luke got over the show. He’s been seeing Caitlin Beadles. Recall, she’s one of Justin Bieber’s exes.

TV Shows Ace reported that Peter Weber grew rather angry when Bachelor Nation alums Becca Kufrin and Rachel Lindsay suggested  Hannah Ann was similar to Luke P. He was very defensive, noting “No, not even close. Not even close. Don’t even go there.” He added, “She was intentional, but that’s different.” Fans speculate that Peter got so angry because he may end up with a second Hannah in his life. Recall he fell hard for Hannah B.

Meanwhile, it looks like Luke P just moved on from The Bachelorette and his breakup with Hannah B. She ended up with Jed Wyatt, which ended in disaster after realizing he had been lying to her. When she invited Tyler Cameron back for a date, he made it, and then checked out and went off with Gigi Hadid. New reports arise that Luke now hangs with Bieber’s ex, Caitlin.

Caitlin Beadles and Luke P not officially dating yet

US Weekly ran a story about the rumored emerging love between Luke P and Caitlin. According to their source, the two share a common faith and they love family bonds. However, at this time they just grow closer as they get to know each other. So, there’s nothing official at this time. Nevertheless, they noted, “Caitlin and Luke have been spending a lot of time together.” Their paths cross socially as well, and it looks like they just want to take their time and get to know each other well.

Fans might recall Caitlin dated Justin in 2008 and 2009. Now, she and The Bachelorette alum spend time together. In fact, she shared about them going ice skating together on January 5. Looking very happy together at the rink, she captioned it with. “Taking our ice skating skills to the Olympics ❄️☃️🤍⛸.” Luke responded with, “Good thing neither of us fell 😂.”

Caitlin denied they are more than friends

One fan saw the picture of them together and wrote, “Stoppppppit! You and Luke! Lol how did I miss that memo? Y’all are cute tho.” Buty, Cailtin came back with, “we’re just friends 😋.” Well, those people who felt sorry when Luke got sent home from The Bachelorette can only hope they become more than that.

What do you think? Do you think Luke P and Caitlin might become an official couple? Sound off your thoughts in the comments below.

Remember to check back with TV Shows Ace often for more news about Luke P and The Bachelorette.