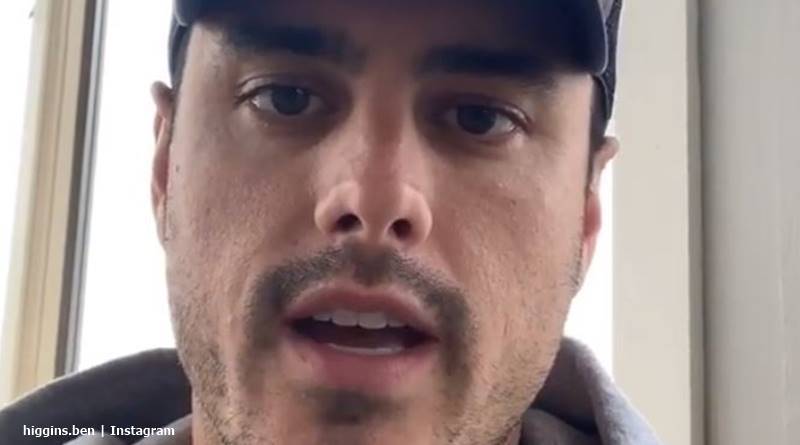 The Bachelor 2020 brings Peter Weber as the lead and alums of the various shows in the ABC franchise also watch the season. One of those is Ben Higgins. Fans heard that they can see him in The Bachelor Live On Stage tour in February. Alongside him, Becca Kufrin will co-host the show.  Now, Ben passed on some advice to Peter that he got from Chris Harrison.

The Bachelor – Soon to feature on the Live Stage tour, Ben Higgins, weighs in on Peter Weber

TV Shows Ace reported that Ben’s really excited about the February show that visits “66 different cities.” He and Becca both host the shows live. It’s a fun show and “The first show will be in Mesa, Arizona on February 13.” Interactive, the audience can enter as well after they introduce a bachelor.  So, he’s got that to look forward to. Plus, he’s quite busy promoting his partnership with Capital One. But, he took the time to talk about Peter’s season of the show

Yahoo carried a story by PureWow about it. The article noted that Ben Higgins chatted about the premiere of Peter’s The Bachelor season. Like other fans, he also talked about the Hannah Brown element. It really complicated the potential outcome of the show. Whether fans love or hate the idea of it, it brings huge consideration to the show’s audience. Sounding off his feelings, Ben said, “Peter is starting off fast. I don’t see this season slowing down.” He added, “The fact that they had a former Bachelorette come back onto a season—with the potential to be staying on the season—really intrigues me.”

One of life’s greatest gifts is a good bargain. 2 for 1 is one of my favorites. I called in the A team and one of Bachelor Nation’s favorite Bachelorettes, @bkoof to join me as the co-host for @bachelorliveonstage . Join us for a behind-the-scenes view of the @bachelorabc show and a fun-filled evening of dating, group dates and of course rose ceremonies. 🌹 Get tickets, apply to be on stage, or nominate a friend looking for love at bachelorliveonstage.com!

Advice for Peter from Ben Higgins came from Chris Harrison

Continuing the conversation, Ben noted that Peter needed to think about the long-term goals. After all, when the cameras are off, then it’s the real world, for the person The Bachelor chose. Really, fans know that on the ABC show, everything’s very different from normal people falling in love. Everything’s fast-tracked and as romantic as it could possibly be. Perhaps some people never get over being on the show, but it needn’t be the end of the life they lived before.

Giving advice to Peter from The Bachelor host, Chris Harrison, Ben said, “[Chris] told me to use all of this to then enhance the life I already had, not change my life completely.” He elaborated a bit more, saying, “So, my advice to Peter would be: Never let your head get too big, never let it get too small.” He added, “And always, kind of, put this down the lane of what is it doing to enhance life, not changing life altogether.”

That sounds like excellent advice. What do you think? Sound off your thoughts in the comments below.