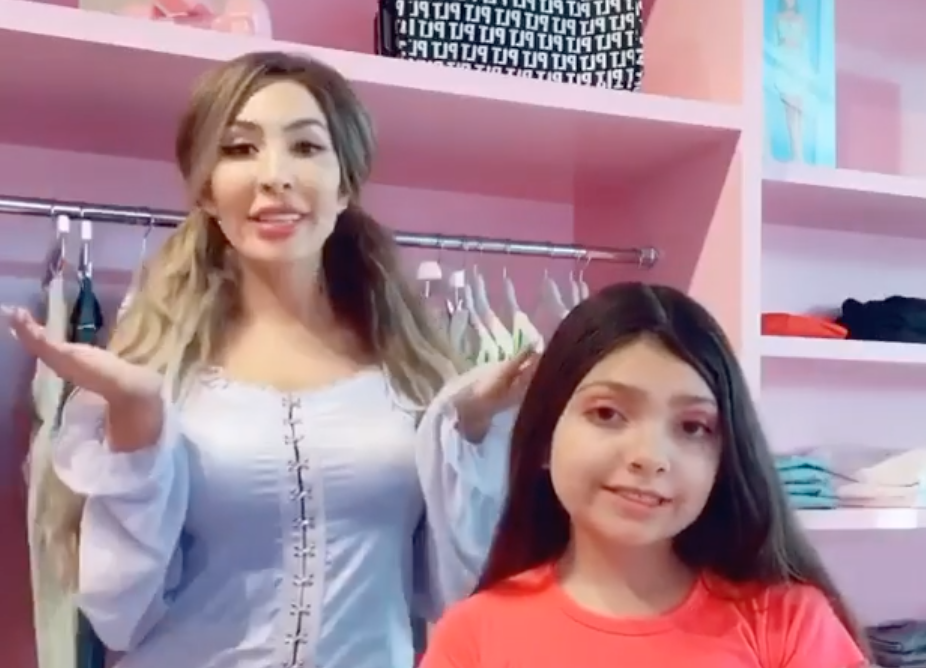 Former Teen Mom OG star Farrah Abraham is always getting judged for her (somewhat questionable) parenting. Now, it’s because she let her ten-year-old daughter twerk. Farrah didn’t like all the criticism though and is fighting back.

According to Hollywood Life, Farrah is getting judged and isn’t taking it well. She posted a video on Tik Tok of her ten-year-old daughter twerking. The reason? She says she just wants her kid to be a kid. I don’t know about you…but I wasn’t twerking when I was ten.

“It’s sad that thousands and millions of other kids can act like kids and Sophia doesn’t get that attribute of acting like a child,” Farrah said on the situation. “I feel like I’m allowing my kid to be a child and that’s first and foremost no. 1.”

In the video, Sofia is wearing a grey unicorn onesie. Super cute, however then the song says “What you doing with all that a**, let me touch it.”

Then, Sofia turned and smiled at the camera.

Hollywood Life says that Farrah originally thought the video may be inappropriate and told Sofia that. However, Sofia fought back saying all of the other kids are doing it. Farrah went on to tell her daughter she didn’t think it was okay but was going to try it for her. Clearly, it didn’t end up being okay. Farrah said all the comments she got on the post were bad.

She’s not the only one…

Farrah isn’t the only Teen Mom star going through some drama. Kailyn Lowry has some pregnancy rumors swirling around right now. The mom already has three sons from three different dads. This would be her fourth child. While it hasn’t been confirmed, her co-star Leah Messer, has confirmed that Kailyn wanted another child. So, it wouldn’t really be that surprising if she was pregnant the star said.

Hopefully, Kailyn will reveal soon if she’s really expecting a baby this summer. However, it has also been suggested she may be keeping this pregnancy a secret. Then, no one would really know until the baby was born.

Do you think Farrah should’ve let her child dance the way she did on Tik Tok? Let us know what you think in the comments. Come back to TV Shows Ace for news on all of your favorite TV show stars.