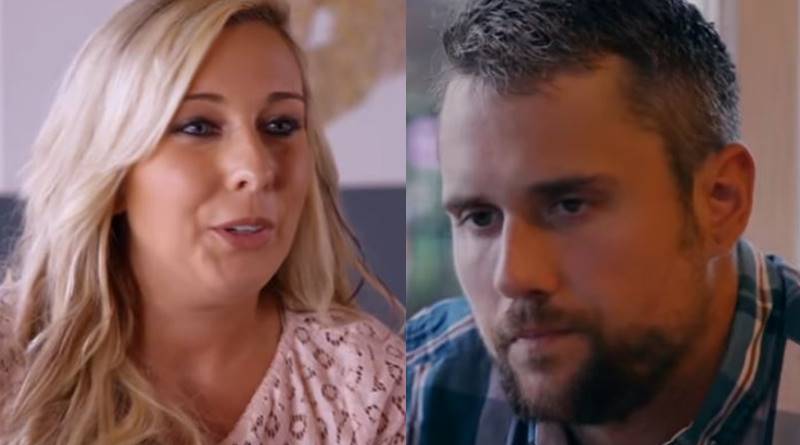 Teen Mom OG fans heard that Ryan and Mackenzi Standifer Edwards’ baby arrived in January. The birth never got filmed as it came along fast and ahead of her due date. Ryan’s dad said that they already took some photos and intended sharing them on social media. Now, Mackenzie shared the first pictures on her Instagram.

TV Shows Ace reported that the news came out about the baby nearly two weeks after the birth. Named Stella Rhea, she came ahead of her due date. Her sudden arrival happened so fast that Ryan’s dad said, “It was unexpected. One push and she was here!”  We also noted that Mackenzie didn’t post anything for ages on her Instagram. That could be due to her being trolled over Ryan’s alleged drug use.

The Sun UK released the news about the birth of the Teen Mom OG‘s second child together. They noted that Ryan’s dad said they already took photos of the baby girl. So, obviously, fans hoped for something soon. After a break of three months, a picture finally arrived on Mackenzie’s Instagram on January 14.

Mackenzie posts first baby pic with her and Ryan

The photo that Mackenzie shared showed Ryan cradling his daughter as Mackenzie hugged him. It’s a lovely shot as Ryan looks down with love on his face. Other pictures showed the other kids and the baby by herself. She captioned it with, “Welcome to the world sweet Stella! Stella Rhea Edwards came on her own time and surprised us New Years Day! What a way to start our year! We are so in love with her already.” Then, she credited the photographer.

Many Teen Mom OG fans reacted to the photo. Nearly 100k fans liked the picture. Here’s what some of them said:

Welcome to the world sweet Stella! Stella Rhea Edwards came on her own time and surprised us New Years Day! What a way to start our year! We are so in love with her already 🖤 📸: @christancgeorge

Brothers to look after a little girl

Many similar comments followed, including this one: “Congratulations, now she has 3 big brothers to protect her ❤️.” Teen Mom OG Fans know MacKenzie and Ryan already have other children in their life. They already had their son Jagger. Plus, the other child is Ryan and Maci Bookout’s son, Bentley. Then, they also have Hudson, Mackenzie’s son from a previous relationship.

What did you think of the first baby pictures that Ryan and Mackenzie Standifer Edwards shared? Do you think the baby’s a lovely blessing? Sound off your thoughts in the comments below.