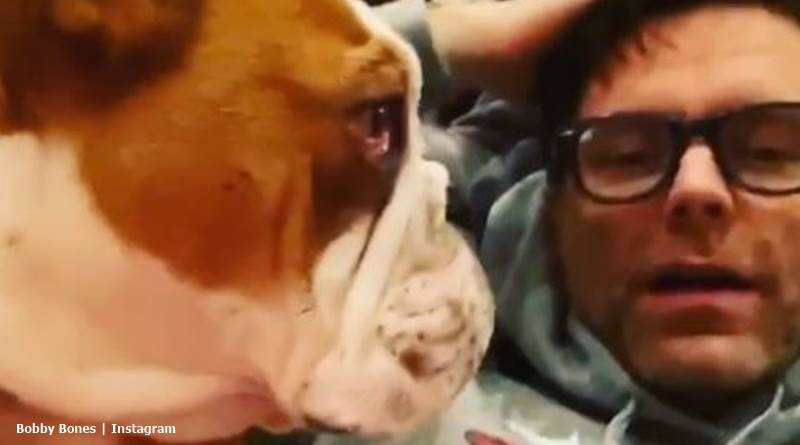 Running Wild With Bear Grylls featured DWTS winner and comedian, Bobby Bones. Bobby shared a clip on January 14 of his episode and fans enjoyed it very much, Now he spoke about the show. Plus he mentioned his traumatic childhood. But he took that to help him with his personality as he grew older.

Bobby Bones, now mentoring American Idol winner, Laine Hardy is also an alum of the show. He’s well known for his controversial win in the last season of Dancing with the Stars, as well. Now, people talk about him as he also features on National Geographic’s Running Wild With Bear Grylls. Other rumors arose last year,  that maybe more TV shows await him. TV Shows Ace reported that rumors ran wild that he may be considered for the next The Bachelor by ABC. That never happened as Pilot Peter landed it in 2020.

But, that doesn’t mean we might not see him compete in the show one day. In the meantime, he seems happy enough with his gig in a Norwegian fjord, enjoying some adventure. He shared about it on his Instagram, and fans said they enjoyed it very much. Bobby captioned his post with, “What a crazy experience! Thanks for watching my episode of Running Wild w Bear Grylls. And thanks for posting on your story! Always appreciate you guys.” But ET reported he took the opportunity to speak about his traumatic childhood.

What a crazy experience! Thanks for watching my episode of Running Wild w Bear Grylls. And thanks for posting on your story! Always appreciate you guys.

ET noted that when Bobby spoke about his childhood, he also used the pain for his career. They noted he said, “I do stand-up so I can feel love.” It seems to have shaped his persona in the public eye, and that’s something positive. After all, he might not even be entertaining so many people if he had a different childhood. But, he certainly feels some guilt and doubts, it seems. The outlet noted that he spoke about his mom. He said, “She got pregnant with me when she was 15 years old, and so she never had a shot.” So, he wonders if she might have got along more successfully without him ever being born.

It sounds really sad that a man who makes everyone laugh experienced that guilty feeling. The recent star on Running Wild With Bear Grylls explained more about his mom and dad. It turned out that “she was an addict, a lot of drugs and a lot of alcohol.” Sadly, she never saw fifty-years-old as she passed away. So, he never really connected with her. His dad left when he was just a small child and he spent some time with his grandmother. He spent much time sleeping on couches, and never even had a room of his own.

What do you think about Bobby Bones opening up about his traumatic childhood? Sound off your thoughts in the comments below.

Remember to check back with TV Shows Ace for more news about Bobby Bones and Running Wild With Bear Grylls.

‘Married At First Sight’: Chris Wants A Divorce From Paige?
Rachael Kirkconnell’s Mom Details How ‘Hopeless’ Her Daughter Feels Amid ‘Bachelor’ Controversy
‘Doubling Down With The Derricos’: Deon Derrico Confirms Season 2?
‘MAFS’ Chris Williams – How Much Is He Really Worth?
Amy King Reveals Son Daxton Has A New Modeling Gig – Photos