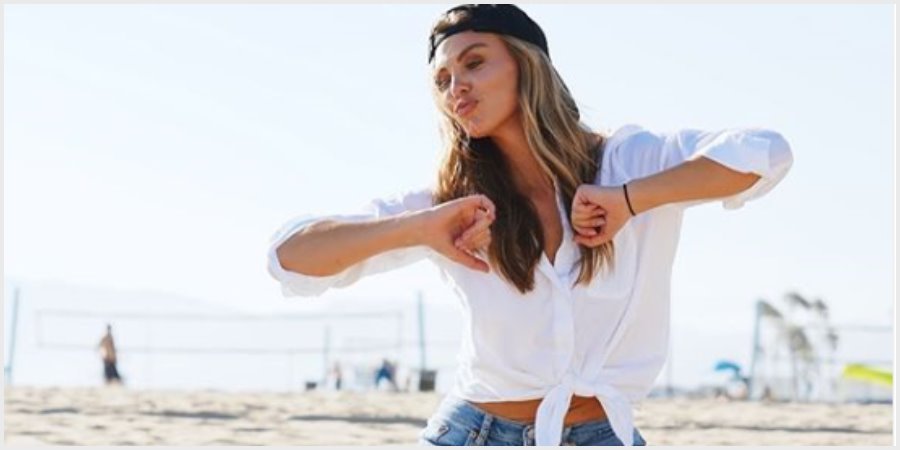 Everyone saw Hannah Brown and Peter Weber’s emotional reunion on the first two episodes of The Bachelor. One former Bachelor contestant says that conversation should have happened in private. Melissa Rycroft says she suspects production made Hannah come back. The emotional reunion had Brown wondering if she made a mistake letting someone go who didn’t hurt her heart.

Melissa Rycroft famously accepted a proposal from Jason Mesnick on Season 13 only to have him change his mind and go for the runner-up. Rycroft married Tye Strickland ten years ago. The two of them have three kids and are happy. She also starred on another reality show, Dallas Cowboy Cheerleaders, Making The Team.

What Did Melissa Rycroft Say About Hannah Brown’s Return?

Melissa Rycroft said, “I would 100 percent imagine producers made her go back on. And I think she was in an emtional state.” Melissa told US Weekly she knew Hannah was on DWTS at the same time and coming back was difficult. This is right in line with what some other former contestants and leads have said about it being in her contract.

Rycroft said she found herself with Peter who she did connect with and now he’s a big deal. She thinks that could absolutely lead to her thinking she made a mistake.  Peter, for his part, cancelled the group date to deal with his feelings. Understandably, several of the women were upset with Peter. They really wanted to know why Hannah Brown kept showing up. Some of the fans had the same reaction. If production did make her show up, her reaction to being there can be explained.

we’re back! i’m looking for a win on reality tv.. maybe the third time’s a charm? 🤞🏻

The Dallas Cowboy Cheerleader Said Dancing With The Stars Is Hard

Melissa knows the pressure, because, like Hannah Brown, she also competed on Dancing With The Stars. She said, “you’re worn really thin. Hannah came straight from Bachelorette to DWTS. She had no time to process how much her life has compeltely changed.” Rycroft said it changed within a couple months, the shock of that was just setting in.

Melissa said her life is never going to be the same again. She feels like what fans saw on The Bachelor was her having a bit of a breakdown. She said Hannah feels embarrassed by what happened. Melissa thinks this because of Hannah’s posts. Fans are eager to see if that’s the only time Hannah appears on The Bachelor this season, because the finale is a big mystery.