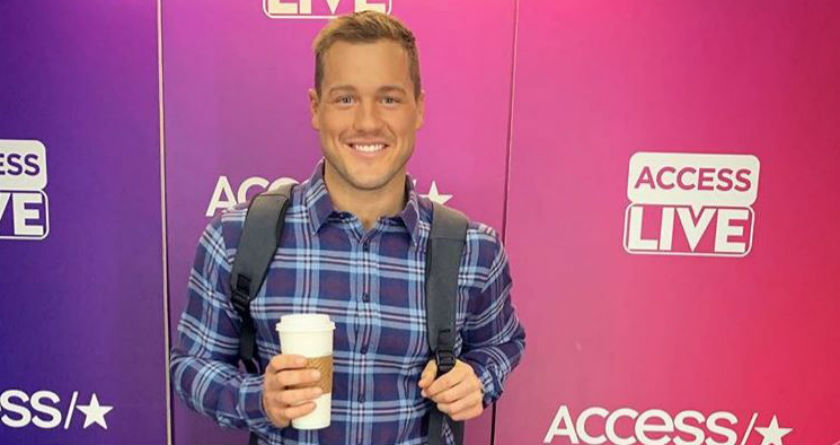 Former Bachelor lead Colton Underwood is taking his journey to paper. Colton just announced he has written a memoir about his life and his journey as The Bachelor. The book titled The First Time hints at his virgin status during the show.

All about Colton’s book

According to Entertainment Tonight, Colton will open up about his childhood. He will also discuss his “dramatic and unconventional experience of finding love” on The Bachelor. A press release for the new book says, “Underwood reveals the highs and lows that have made him who he is today: growing up in Indiana, struggling with self-image and bullying, two-time all American and three years in the NFL, and of course, his journey to find love.”

Colton is hoping those who read his book will walk away with a better understanding of where he came from. The book will also fill everyone in on how he became the man he is today. Aside from just the written book, Colton will voice the audio version as well.

Colton’s new book will be released on March 31.

In November, Colton celebrated his first anniversary with final rose recipient, Cassie Randolph. The couple did not get engaged on The Bachelor and are not rushing their relationship. Colton and Cassie have also admitted that at times the pressure of being scrutinize constantly in the public eye has taken a toll.

During his experience on the show, Colton nearly quit to chase Cassie out the door. He was also the first Bachelor in five years to walk away without proposing. The two are doing great and very much in love, even though they do not live together or even in the same city.

I promise to still tell bad jokes, forget to clean up after myself, mispronounce easy words, and love you with everything I have in this new year.

Cassie and Colton’s one year anniversary

According to Entertainment Tonight, Colton and Cassie ultimately decided to choose November 14 as their anniversary date. It was the first day they were not surrounded by The Bachelor cameras.

Colton planned a romantic surprise trip for Cassie to celebrate. She had no clue where they were going. Both of them have many differences that the other has had to learn to embrace. In the beginning of their relationship Cassie did not like traveling, she was a homebody. Being with Colton, who loves to travel, has made her give it a try and she enjoys it now. And, Colton loves surprising her. He has admitted to being a romantic person.

They recently also celebrated an early Christmas together in Colorado. Following Christmas the two went to Vegas to bring in 2020. Nobody knows when Colton will decide to pop the question, but they have both made it clear they are in no rush. If they are meant to be together forever then rushing an engagement won’t change that.

The new season of The Bachelor featuring Peter Weber is currently airing on ABC Monday nights.