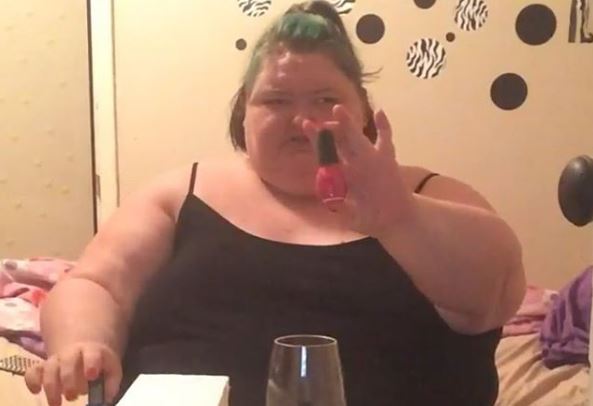 Viewers of 1000 Lb Sisters realize that Amy and Tammy Slaton are both trying to lose some weight. They have picked up a few tips over the years. In Touch Weekly shared a few tips that the sisters were willing to give them recently.

Diet tips from the sisters of 1000 Lb Sisters

Last week they were seen finding out that they had to lose some weight before they could have weight-loss surgery. They ended up getting a few tips on how to do that and are now willing to share them with fans. A few pictures of the girls have been shared online and they have lost weight, but it isn’t a huge amount that makes it look like they had surgery already. It is actually unknown for sure if they did or not.

Amy focuses on drinking just water or coffee. Tammy said that it was hard for her to give up a few things. The big thing she liked was fried foods.

What have they changed?

Amy Slaton shared that she hasn’t had a sodie in four months. That is great for her. Tammy has done better, but it sounds like she still has one from time to time. They did share on the show that they drank diet instead of regular already.

The sisters from 1000 Lb Sisters like to find things to switch out. Tammy explained saying, “Well instead of like, macaroni and cheese, we’ll have cauliflower macaroni and cheese, or instead of the [mashed potatoes], we’ll have cauliflower potatoes. So you can find an alternative that is healthy. Like, if we’re craving a candy bar, we’ll get a protein bar, or if we want a milkshake, we’ll drink a protein shake. If we wanted a Reese’s Cup, we’ll get the sugar-free Reese’s Cups.”

Don’t miss catching new episodes of 1000 Lb Sisters when they air on Wednesday nights on TLC. Hopefully, this show will get renewed for a second season as well.