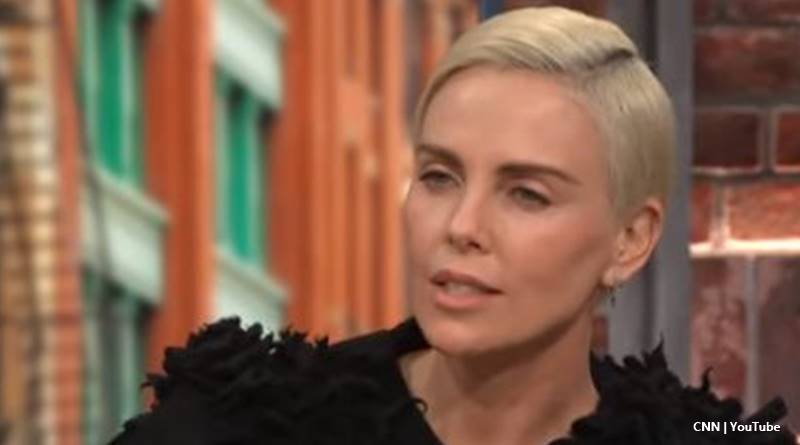 The Bachelor 2020 started off with some very emotional scenes between Peter Weber and Hannah B. And, Charlize Theron thinks the drama’s marvelous. She seems very into Peter’s season on the ABC show and even got a bit flirty with him. But, she denies it’s anything more than a bit of fun.

The Bachelor – Charlize Theron on her flirting with Peter Weber

TV Shows Ace reported at the end of last year, that over on Instagram Charlize got a bit flirty with Peter. He responded in a similar way as well. But, we noted a 16-year age gap between them. In our report, we suggested that it all seemed “like a bit of fun and banter, and nothing serious at all.” And later, Charlize confirmed that’s all it was.

People reported that at the Golden Globes Red Carpet event, Charlize admitted that she just loves the show. Obviously, like any other fan, she really hopes that Pilot Pete “finds the woman of his dreams.” But, she stipulated that like everyone else who follows The Bachelor, she wants some “drama,” and she needs “some tears.”

Talking about the reported injury, she added, “I’m already excited.” Asked about her flirting, she noted, “No. I think it’s all in fun.”

What does Charlize think of the premiere episode of the season?

In the premiere, fans saw Hannah B rock up and Peter’s jaw literally dropped. The other women freaked out because Hannah already had her chance.” They also noted Peter spent a long time outside with her. Plus, Peter asked her to join the house. Hannah ended up in mascara-streaked tears and all her self doubt poured out. Yahoo Entertainment carried a story on January 13 by Entertainment Tonight about Charlize’s reactions to the premiere.

The outlet noted that “ET’s Keltie Knight” caught up with her “on the red carpet at the 2020 Critics’ Choice Awards in Santa Monica, California.”  It looks like her wish for tears and drama were already fulfilled. Asked what she thought about the new season of The Bachelor, she replied, “It’s so good. It’s so good! Yes, very dramatic.”

And, probably, despite many theories and ideas, she’s relieved that so, not many spoilers as to the ended emerged. Fans already now that Peter boasted nobody would be able to accurately spoil the outcome.

Some fans hope Peter and Hannah get back together

As Hannah filmed Dancing With The Stars during Peter’s season, she couldn’t hang about in the house. But, many fans still hope for some kind of miracle. Some of them hope that at the end of the show, maybe Peter asks Hannah for a date and they walk off into the sunset. Right now, it’s anybody’s’ guess. But, it’s likely that Charlize Theron will stay, like the rest of The Bachelor Nation, glued to the TV to make sure she doesn’t miss a moment of it.

What do you think about Charlize Theron not actually wanting or needing a romantic relationship with Peter? After all, it looks like the flirting was just all in fun and she’s a fan. Sound off your thoughts in the comments below.