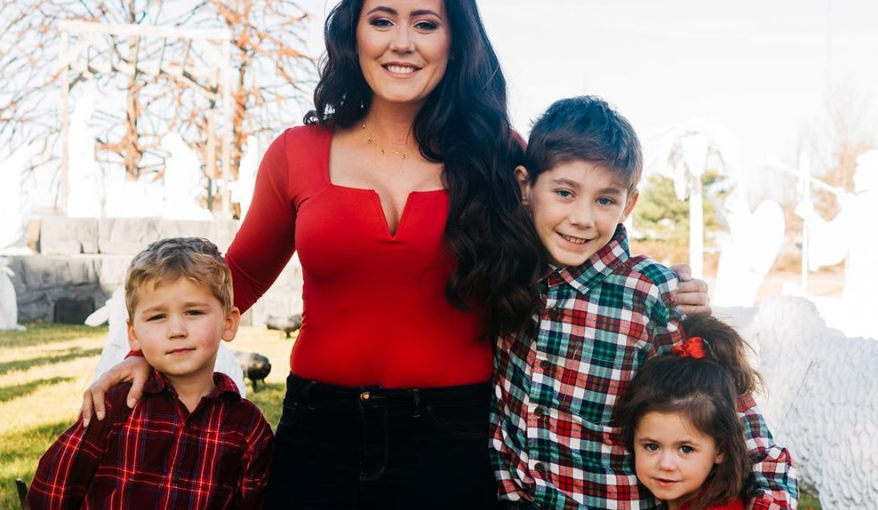 Teen Mom 2 star Jenelle Evans had a wild year in 2019. However, after divorcing and placing a restraining order on her ex-husband, it seems she may have lifted that. Are the pair re-kindling things?

Teen Mom 2 star Jenelle Evans may be making amends with her estranged ex-husband, David Eason. According to Entertainment Tonight, she filed to have the restraining order previously placed on him removed. Why did she decide to do this?

After a traumatic year, Janelle announced she would be leaving her husband. This comes after he allegedly killed their family dog earlier in the year. However, it was later discovered that Janelle didn’t know what happened to the dog. She was just claiming David shot the pup for publicity. The plot thickened though when David actually did admit to killing the dog. Honestly, with Jenelle, nothing can ever be easy. David was fired from Teen Mom when he put out homophobic tweets. Again, not a huge surprise.

Janelle took to social media in October to talk about their impending divorce. She says she wasn’t expecting the marriage to end, but she did take herself and her three children away from David.

“The kids and I have moved away from David,” she wrote on social media. “Nobody gets into a marriage expecting it to end but I know that’s what is best for me, and for my kids. Today I’ve filed papers to start that process.”

Things are changing though after she filed to have the restraining order lifted. Now, fans are wondering if the divorce will still go through. Or, is this a sign that the couple will be getting back together? Maybe she just wants her daughter to be able to see her father occasionally. With Jenelle, there is really no telling. She is always involved in crazy drama so if she did get back with David, it honestly wouldn’t be much of a surprise.

It’s likely there’s a lot more that will come with this story as Jenelle goes through the process of getting the restraining order removed. Especially if the two are seen out together.

Do you think the Teen Mom 2 star is getting back together with David? Or, do you think they are better apart? Let us know if you want them to be together in the comments below. Be sure to come back to TV Shows Ace for news on all of your favorite reality TV stars.

Could There Be A Baby Number 4 For Jade Roper & Tanner Tolbert?
‘LPBW’: Pregnant Isabel Roloff SLAMMED For Being A Hypocrite
‘Wentworth’ Season 9 Netflix Release Date: What To Expect, When
Kylie Jenner Shows Off Baby Bump In Little Crop Top
‘Babylon Berlin’: When Is The Season 4 Release Date?