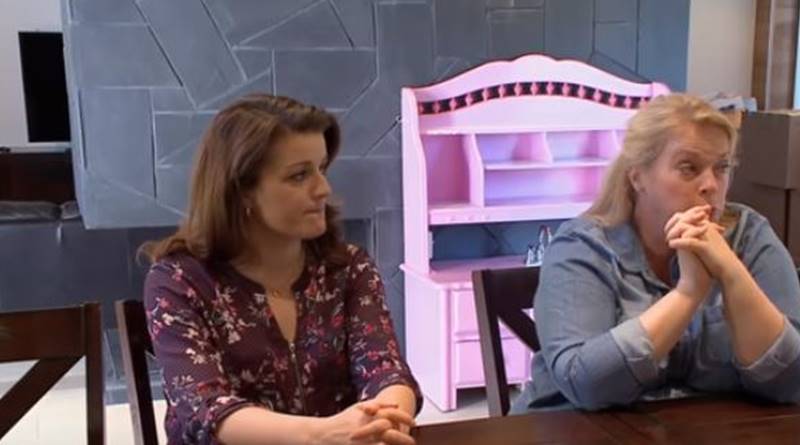 Sister Wives stars Janelle, Meri, Robyn, Christine, and Kody Brown started My Sister Wife’s Closet years ago. But it looks like it closed down for good. The business sold jewelry, but many of their Facebook followers didn’t like it. Plus, rumors came that Robyn experienced issues transferring the business to Arizona. Still in hiatus since March last year, it looks like nothing’s happening with the venture.

TV Shows Ace reported back in May 2019, that the online shop missed the important Mothers Day sales. Over on Instagram, nothing new happened since March when they posted about a “Dog Tag Sterling Silver Double Sided Pendant and Chain.” Plus, their website still shows that they are temporarily closed. However,  a popup still suggests people sign up for the news about future updates.  But, it certainly looks like everything stalled. About four months ago, a fan asked on their Facebook when the store would re-open. The Admin replied, “shortly, stay tuned-Robyn🙂”

Well, “shortly” dragged on and on and now fans wonder if they shelved the whole idea. After all, Christine now sells LuLaRoe like Meri. And, she even has her own LuLaRoe Store page. Possibly, she followed Meri into the business because it’s possible to make good money. While lots of people don’t make money, Cheatsheet noted Sister Wives‘ star Meri’s probably earning a great deal. That could be due to her celebrity status. The cruises that Meri shares indicate she’s a top earner. In 2017, the outlet noted people need in excess of $12,000 worth of sales each month to get an invite.

Meri’s daughter Mariah also sells LuLaRe these days. She and Audrey feature with a shop as well. The info on the page reads, “My name is Audrey Kriss and my partner Mariah Brown and I love running this little business of ours!” Fans know from  Janelle Brown’s Instagram that Garrison started his Hawaiian shirts business. It looked like Robyn mainly ran the My Sister Wife’s Closet. And, there’s nothing going down on any of her social media these days. Actually, nothing indicates she runs any clothing or jewelry stores either.

Maybe Robyn’s just not feeling motivated these days. In the preview for the current season, she looks very unhappy about everything. Even she and Kody clash and she tells him that “plural marriage makes you feel disenfranchised sometimes.” And, fans always suspected that Robyn’s long been Kody’s favorite Sister Wives wife. Of course, rumors about financial hardship could also point to My Sister Wife’s Closet closing. In the new season, we see everyone stressing about money. Maybe the online store simply didn’t make enough income to bother re-opening it.

What do you think? Did the Brown family finally abandon the idea of My Sister Wife’s Closet? Is that why their family members followed Meri into LuLaroa? Sound off your thoughts in the comments below.