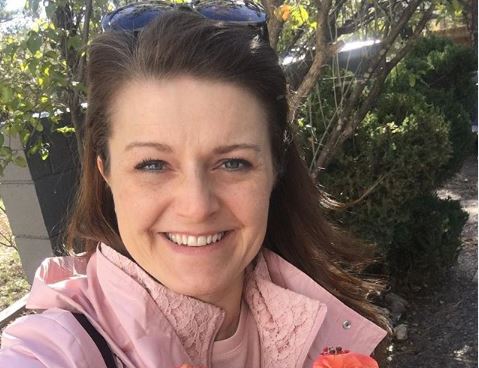 Sister Wives fans have been really confused about why the Brown family moved to Arizona. They had a nice setup in Las Vegas with everyone living on the same street. Cheat Sheet shared that fans feel like Robyn Brown’s oldest son could be the real reason the family picked up and moved.

Why would Robyn Brown want to move?

It turns out that Robyn has a pretty good reason to want to move to Arizona. Her oldest son Dayton is going to school there now. He is attending Flagstaff-based Northern Arizona University (NAU) on a scholarship. The idea of Dayton being so far away from the family did stress out his mom.

The fans are speaking out on social media and feel like Robyn Brown is the reason they made the move. Kody had a lot of excuses for moving, but the one about saving money hasn’t really worked out for them. The family hasn’t even started building their new homes yet. They did already buy the Coyote Pass land, though.

Fans are going to social media and sharing their thoughts on Robyn being why the Sister Wives family moved. Here are a few posts from Twitter recently.

I dont think they moved to flagstaff cause daytons going to college there.I think robyn knew if they moved now she’d have all her kids.I bet dayton applied to colleges in potential cities. Not necessarily wrong, but shady shes the only 1 that gets all her kids there #sisterwives

Kody: We need to move to save money and sell the homes.

TRANSLATION: We're moving b/c Dayton got into college there & Robyn's vagina has demanded we move. Also, It's MORE expensive and I'm not working so of course Robyn will need a mansion.

Money an issue….let’s move somewhere more expensive😀
Or…🤫robyn & kody: the day Dayton was accepted in to a college in Flagstaff…🤫let’s move there🤫😉#sisterwives

Don’t miss new episodes of Sister Wives when they air on Sunday nights on TLC. Right now, the family is working on moving into their rental homes. In reality, they are still living in separate homes clear across town from each other.

‘LPBW’ Tori Roloff Opens Up About Miscarriage, Hopes For Another Baby
‘Bachelorette’ Shocker: Katie Thurston Opens Up About Sexual Assault Trauma
Savannah Chrisley Puts Tiny Waist & Toned Abdomen On Display
‘The Bold and the Beautiful’ Spoilers, June 21-25: Thomas Gets The Shock of His Life
Todd Chrisley Gone Too Far? Fan Asks Who Died & Made Him Righteous