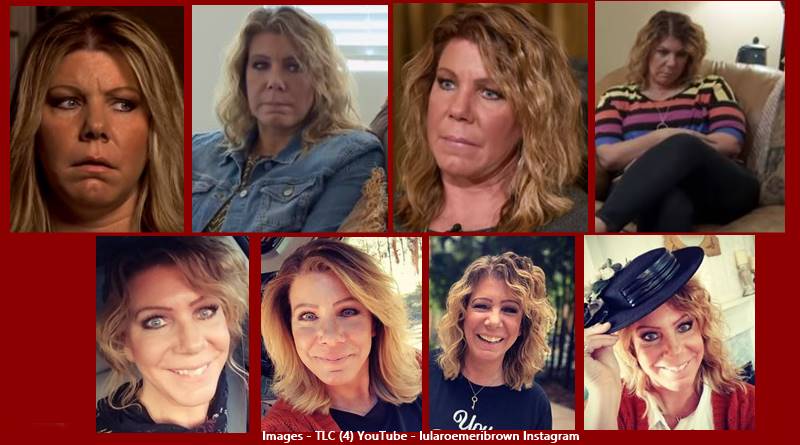 Sister Wives‘ new season once again brings miserable Meri Brown. She and Kody supposedly try and fix their relationship. But many fans think it’s not necessary and she should get out of it all. After all, she’s legally divorced and her daughter Mariah is all grown up now. Plus, she’s successful with LuLaRoe and runs her B&B Lizzie’s Heritage Inn. Fans now grow very perplexed by the two faces of Meri. They see a strong and happy character on Instagram and a prone-to-tears sad Meri on the show.

Sister Wives – Meri’s not ‘Sobbin’ Robyn’, but she’s close on the show

Fans of the show often refer to Robyn Brown as “sobbin'” Robyn. Robyn really gets the tears running and sobs when things go wrong. In the current season, fans see her do that again when she complains they were a complete family in Las Vegas. But, Meri’s not far off the same state. In fact, fans more often see Meri on the verge of tears than Robyn. Miserable Meri with her damp eyes, tears, and downturned mouth became a feature of the show. Even in this season, viewers see her crying again. Fans long for a happier Meri.

Those fans who follow Meri on her Instagram become genuinely perplexed these days. TV Shows Ace reported that Meri seems determined to stay with Kody Brown. That’s despite a failed relationship and conflict with the other wives season after season. In fact, we noted that Meri said in a hashtag on Instagram that she’s a “wife for life.” That’s despite fans of Sister Wives just simply not being able to understand her choice. She’s always unhappy on the show, and yet a different person on Instagram, they think.

Meri isn’t going anywhere, she loves that TLC paycheck. And, it’s not like she has to see Cody (we KNOW he isn’t sleeping with her) or the other wives. She prob has a whole other life going on when the cameras aren’t there. #SisterWives pic.twitter.com/4i4nOjXPg1

Cheatsheet reminds readers that Meri Brown probably makes a very good income from her LuLaRoe. They remind people that back in 2017, people needed to sell “about $12,000” of clothing each month to qualify for an invite to the cruises. Meri often goes on those cruises and always looks radiant. She promotes her clothing with big smiles and inspirational messages. Actually, bright, radiant, smiling Meri on Instagram is the antitheses of a miserable Meri.

After Sunday’s Sister Wives show, several fans commented on a post by Meri. She shared a photo of her next to a tree and wrote about growing with nature as our example. One fan wrote, “Why don’t you smile and look happy on the show like you do in all your Instagram pics?” Another commented that she doesn’t even look happy just sitting “on the couch.” Another one commented, “You always look happier when you’re doing your own thing.🥂.” Other also fans couldn’t help but notice the two faces of Meri.

Perplexed fans return to urging Meri to get away again

Meri’s sad and miserable on the show, and happy on Instagram. So, it’s no wonder fans now renewed their pleas for her to leave the Brown family. One follower wrote a long note about that. Others also mentioned that they don’t understand why she stays when she’s divorced and can leave anytime. Especially, with her own successes to sustain her.

One follower of the Sister Wives show noted, “Someday, and maybe I will see it later in the season, I want to see you laughing and being your beautiful self.” Well, it might be TLC’s way of keeping the ratings going that Meri’s perpetually miserable. So, maybe the hope for happy Meri on TLC’s just a pipedream, critics might well think.

What do you think? Are you perplexed by the two faces of Meri? After all, “miserable” Meri on the show really comes over so very differently from the happy and positive woman on Instagram. Sound off your thoughts in the comments below.