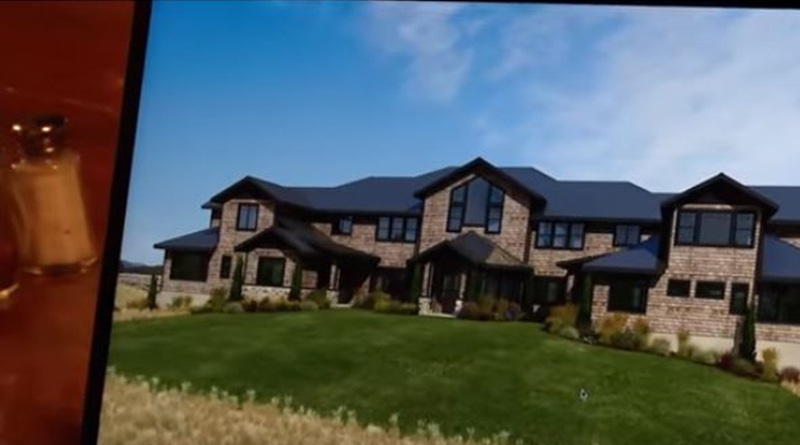 Sister Wives fans saw toward the end of last season, that Kody Brown secretly planned one big home for all the wives. In the current season, the storyline revisits that. Only, this time, Kody hangs up his big mansion picture and starts speaking to the family. In the preview, shock and horror come from Robyn and Christine, although Janelle suggested they hear him out. Now, it looks like Kody just spoiled the outcome of the mansion story.

On Sunday night’s episode, fans heard Kody talking about the mansion. He said that he really wants his “castle.” Kody planned to talk to the entire family when the adult kids came home for Christmas. But, on his Twitter, Kody wrote about “homes,” rather than his giant mansion.  His tweet read, “I do miss the Vegas houses and cul-de-sac. I’m looking forward to building homes and gathering family at Coyote Pass.”

Well, that sounds like the original ideas thrown around in the previous season. Back then, they all visited Coyote Pass in Flagstaff. Plus, they talked about other areas to build. Then, it looked like they opted for each wife owning a home on one big property. They paid a lot of money for the land, and fans wondered how on earth the large Sister Wives family could afford to build. After all, TV Shows Ace reported that they hadn’t yet sold their Las Vegas homes.

I do miss the Vegas houses and cul-de-sac. I'm looking forward to building homes and gathering family at Coyote Pass.#SisterWives

On Kody’s Twitter, one Sister Wives fan asked him, “I notice you said homes, plural. I’m assuming you lost the one house fight.” Then another one asked him straight out if he just dropped a spoiler. They commented, “Was this a spoiler alert??” “Looking forward to building Homes” (with an “s”)? Sounds like the one house dream is over…” Meanwhile, others just wanted timelines on whichever, “homes” or “home” construction.

Maybe Kody just misspelled the word “homes.” But, the Brown family has already purchased some homes. In September, Realtor.com reported that Robyn and Kody purchased a home. From the pictures in the article, it looks fit for a queen. Plus, Christine also bought a place. Sister Wives‘ Janelle and Meri remained in rentals. So, even if Kody wants to build, it’s not certain if he still plans that big mansion, anyway.

What do you think about Kody Brown tweeting about “homes?” Do you think he spoiled that he lost his fight for one giant mansion? Sound off your thoughts in the comments below.