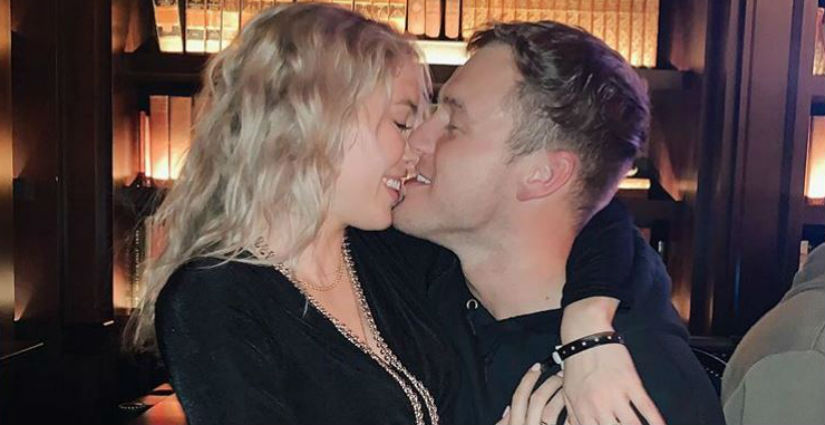 Former Bachelor Colton Underwood and his final rose recipient recently celebrated their one year anniversary of being together. Fans love them as a couple, but that does not mean their relationship is always easy. Recently, Cassie shared that at times the pressure that comes along with reality television fame is tough.

Cassie Randolph admits to meltdowns from being in public eye

First of all, being in the spotlight is not always glamorous or easy. Cheatsheat shared Cassie’s recent thoughts on her relationship with Colton in the public eye. She admitted to having her fair share of breakdowns from being scrutinized in the public eye.

Cassie went on to discuss how she felt watching her season on The Bachelor play out on television. She said one of the hardest parts of watching was the constant changes that would occur from week to week. Cassie said you never knew how the editing would make you look. She went on to say people’s opinions of the contestants would change based on how the show portrayed them. It was hard on Cassie.

She never realized how popular The Bachelor was

Once the show wrapped up and aired, Cassie realized how popular it was. Until then she did not know so many people loved The Bachelor. Cassie gushes over her devoted fans, however, there is also tons of criticism she receives as well.

Cassie said, “I think I was just naive to it, but I didn’t know people were so invested in the show and like very, very passionate about it, which is great because my fan accounts are incredible. They’re so cute, I love them, I love the support. But I think the harder thing to deal with is there’s always negative and positive that comes along with everything and I think the hardest thing is seeing things in the media afterwards that aren’t true or that are so exaggerated.”

Cassie and Colton are learning to brush off the negative

She shared that Colton is also learning to brush off all the negative comments, just as she is. Cassie said, “It was hard a little bit for our relationship with all the pressure of everyone and people saying this and you’re like, ‘Who do I trust? What do I believe? Did you really do that?’ or, ‘Do you really think that? Because this person says you think that.’ We had to learn to really lean on each other and trust each other.”

Ultimately, the tough times brought Colton and Cassie closer together. They feel their relationship is strong. While they love each other deeply, the couple is not rushing an engagement or marriage. She said, “There’s no rush. I feel like people are later and later waiting to get married or engaged. It’s fine. And your 20s are kind of a tumultuous time… is that the right word? And I think when you make that decision you want to be ready to make it and so it’s fine to take your time.”

Pete! Welcome to the club… I know you have already filmed the show, but of all people I know that there is a lot that happens after. I hope you have found someone/something worth fighting for everyday and had one hell of a time doing so. Cherish these memories forever… rooting for you dude!

Her advice for new Bachelor contestants

Cassie admits that while on the show it was hard for her to be away from family and friends. She had to learn to trust her own instincts and decision making skills. She says the experience made her grow up in that area, which is a good thing.

Her advice for all the new women on The Bachelor? Cassie says, “Try and stay as level-headed as you can.” She continues, “Before you act on a situation, really try and remove yourself from it first and think, ‘OK, I’m on a TV show, chill out.”

The new season of The Bachelor, featuring Peter Weber, premiered January 6 and can be seen Monday nights on ABC.