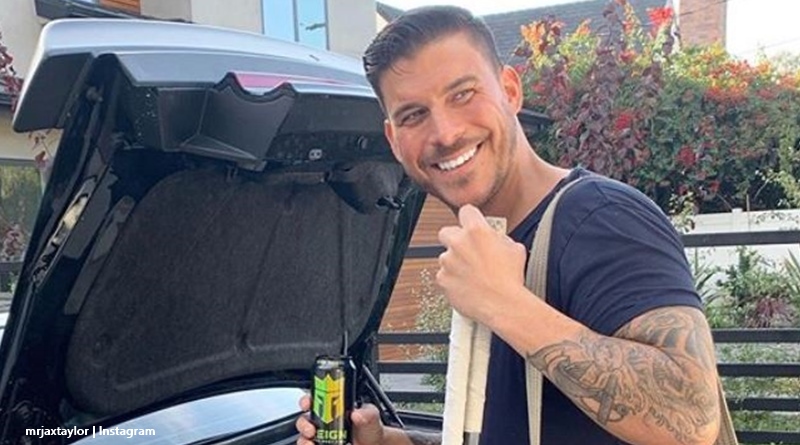 VPR fans heard from Jax Taylor that Brittany gave Jax her blessing when he went off for a weekend with his friends. In fact, he said when it comes to that sort of thing, Brittany’s the “best wife.” His posts show they had a good time. And, he mentioned they didn’t need to stand in the queue for the ski lift.

TV Shows Ace reported that Jax shared about going out with his friends for a weekend, on his Twitter. We noted that he said, “instead of complaining, Brittany seemed fine with it. Jax posted, “When my wife says, ‘have a good weekend with your friends babe, I love you’…I have the best wife.” We also noted that he put in a small skiing icon. And it turns out they did go skiing. He shared some videos to his Instagram Stories on Saturday night.

When Jax got to the mountains, the guys all went up several times in the ski lift. At one stage Jax said they were on their third run. Plus, he joked about going straight downhill, hoping he’d “survive it.” And, it seems he can ski okay, as the vid never showed anyone crash and burn on the slopes. Apart from looking a bit cold, the VPR star’s friends certainly looked like they enjoyed their time out in the mountains. 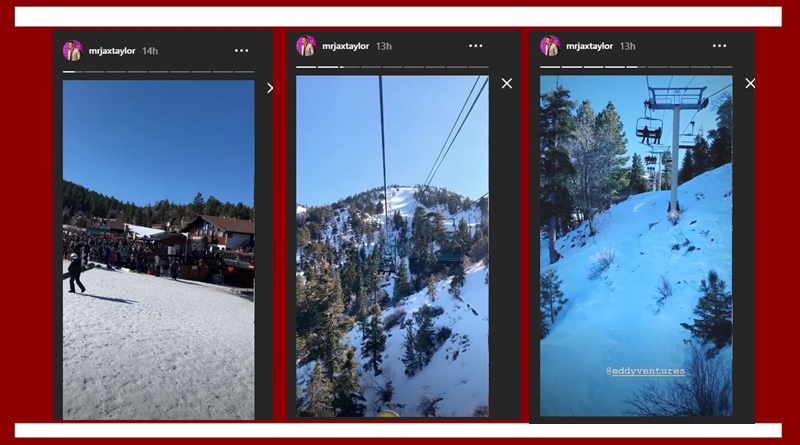 No standing in the queue for the ski lift

One of the perks of being a famous reality TV star is that sometimes people get things for free. Or, in this case, they save time because of friends and connections. Jax does alright financially, and his whole life has been changed by Vanderpump Rules. Yahoo Finance reminds readers that “apparently, Jax Taylor has the highest net worth of all of his fellow…cast members.” The outlet estimates that at around $500,000. At a reported $25,000 for each episode of the Bravo show, he’s doing alright.

However, money can’t really buy anyone time. So, the VPR star seemed very pleased that they didn’t need to queue at the ski lift. Chatting to his friend, Jax said it was thanks to his mate who helped them skip the queue. And, the time to get on the lift ranged around 20 minutes or more for other people. After they finished up on the slopes, they hit the shop to pick up some things. And, then he shared his thanks for a great time at Big Bear Lake in California.

It sounds like Jax Taylor and his friends enjoyed their time in the snow. Maybe he remembered to pick up a small gift in the shop for Brittany. After all, she had no issues with him heading out for a weekend of fun. Sound off your thoughts in the comments below.

‘The Young and the Restless’ Spoilers, June 21-25: Summer Gets Desperate
‘LPBW’ Tori Roloff Opens Up About Miscarriage, Hopes For Another Baby
Did You Miss This JonBenet Ramsey Reference In ‘Cruel Summer’?
’90 Day Fiance’ Spoilers: Are Angela And Michael Still Married?
Lifetime’s ‘The Seduction Of Joyce Mitchell’ & ‘Cellmate Secrets’ Tell Story Of New York Prison Break