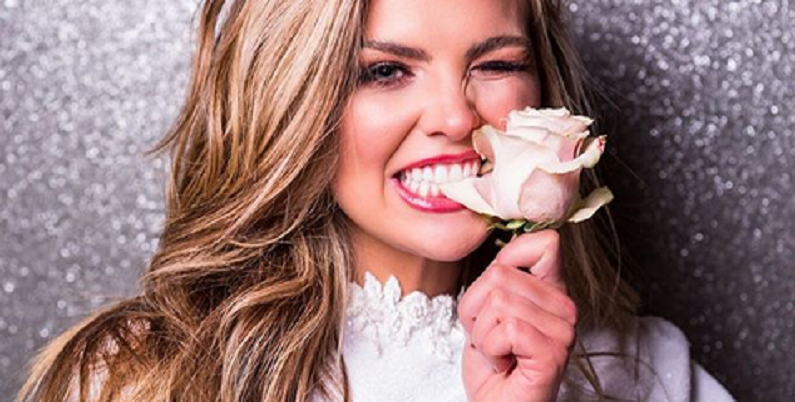 When Hannah Brown’s season of The Bachelorette ended, fans assumed that was the last they were going to see of her. Aside from Bachelor in Paradise, she also appeared on Dancing with the Stars. She’s also run out of options to prolong her 15 minutes of fame. On the Jan. 6 episode of The Bachelor, Alabama Hannah made her big return to the mansion. Hannah Brown showed up, much to everyone’s surprise.

As TV Shows Ace reported, country singer Jake Owen wrote a song about Hannah Brown. He agreed with the recent sentiments that she’s everywhere lately. She responded to his song and thought it was kind of shady. But she still found herself tapping her toes to it.

Why is Hannah Brown upset with host Chris Harrison?

Brown wasn’t the only one who heard the new tune. The host of the ABC dating show caught wind of it as well. As Showbiz CheatSheet reported, he exclaimed his love for it.

“My man @jakeowen speak his truth to Hannah B on behalf of Peter #TheBachelor,” Chris Harrison tweeted.

She wasn’t too happy about his praise for Owen’s new song.

“Better just be his truth Christopher,” she tweeted back. “I’m not just chop liver now – you still have to love me and try to understand my mess. @chrisharrison.”

Harrison responded to Hannah Brown to let her know that there is no bad blood between them.

“Haha you know I’ll always love you girl, you’re family and family sticks together through the good the bad and the mascara…” he wrote. “Now that’s a country song.”

She may not want to read this because he’s dropping major secrets about those Fantasy Suites. As Entertainment Tonight reported, the Bachelor chooses his dates for the Fantasy Suite dates. That’s the infamous moment when he and the contestant share a room for the night. Since most contestants on the show take this opportunity to have sex, protection is necessary.

“As many [condoms] are needed,” Harrison said. “I think with Peter we had to up our game. Knowing what we had going in, we had to at least have half a dozen.”

Harrison also referenced Weber’s moment with Brown in the windmill. Brown remarked that Pilot Pete had quite the stamina that night. Harrison joked that “four” condoms were needed, so they “had to be safe with him.”

He was then asked who would have to fetch more condoms if the Bachelor ran out.

What about those one-on-one dates?

Let’s get back to the entire point of the show. Finding love. While the Bachelor is not actively involved in planning the dates, the producers will gauge his hobbies, interests, and other factors into account. This can help them plan the ultimate date. Weber’s dates will include a lot of private flights, teases Harrison.

“We talk to them. Peter, pilot,” Harrison said. “It’s a big part of his life and so obviously that’s going to blend into the show seamlessly, as much as we can.”

Does that mean Peter Weber and Hannah Brown will have their own one-on-one date? Hard to believe, but there was a cliffhanger on the 3-hour premiere episode. Weber told Brown he couldn’t stop looking at her and wanted to kiss her. Then, the screen cut to black.

Check out the rest of the interview in the video below.

What are your thoughts? Do you think Hannah Brown was right to be upset with Chris Harrison? Sound off below in the comments section.