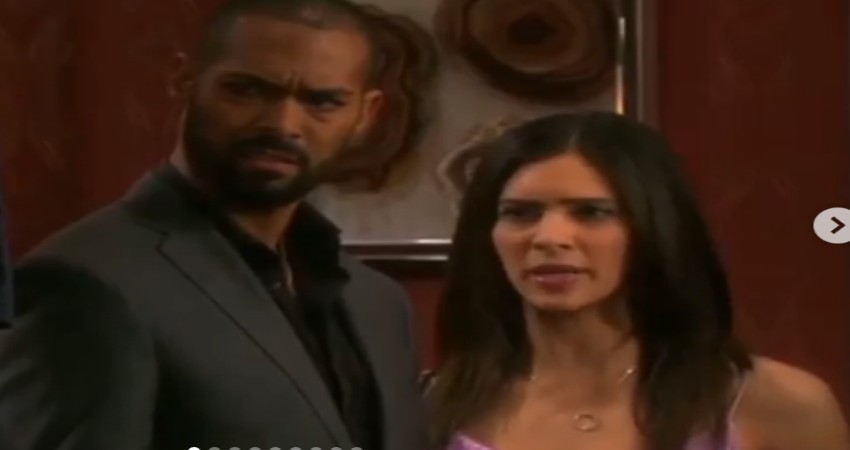 Days of Our Lives has seen a lot of turmoil in the last few months – onscreen and off. After rumors of the show’s impending cancellation, the show was renewed for Season 56. DOOL fans got more good news at this week’s Television Critics Association.

The TCA press tour is used to promote upcoming new shows. Surprisingly, the Chairman of NBC mentioned the daytime soap at the press tour. He assured fans that NBC is committed to keeping Days of Our Lives on the air.

It’s important to note how significant this is for #DAYS. 1) for a network boss to even discuss a soap at a TCA event nowadays. 2) it was 13 years ago when NBC pres Jeff Zucker stood one stage at the TCA and declared DAYS was unlikely to continue past 2009. https://t.co/tMTYoncf1f

Here’s what the show has in store for fans this week.

Kristen Reconnects with Brady on Days of Our Lives

DOOL’s Kristen (Stacy Haiduk) recently found out that ‘Steve’ (Stephen Nichols) is actually her father, Stefano. Stefano wants Kristen’s assurance that she is on his side.

After her conversation with ‘Steve,’ Kristen finds Brady (Eric Martsolf) and Nicole (Arianne Zucker) in a compromising position. The former DOOL couple are trying to convince Kristen they are romantically involved again. Given their past, it’s possible Brady and Nicole are no longer faking.

Kristen gets a moment alone with Brady later. The former couple reconnect in grief over their lost daughter. It seems fans will finally find out how Kristen lost her baby. Viewers can also expect to see how Haley (Thia Megia) died and why JJ (Casey Moss) blames Kristen.

Stefano and Princess Gina (Kristen Alfonso) scheme to break up John (Drake Hogestyn) and Marlena (Diedre Hall.) Posing as ‘Steve,’ Stefano gives John that his nemesis must not be in Salem.

DOOL’s John leaves town with ‘Steve,’ leaving Princess Gina to wreak havoc on his marriage to Marlena. Spoilers indicate that Rafe (Galen Gering) and Kayla (Mary Beth Evans) are putting the pieces together about the strange behavior of ‘Hope.’ Will they discover the secret in time to save John and Marlena’s marriage?

Eli Proposes to Gabi on Days of Our Lives

With Lani (Sal Stowers) back in town, Eli (Lamon Archey) is doubting his feelings for Gabi (Camila Banus.) Eli informs Lani’s dad about the broken window at Gabi’s storefront. Abe (James Reynolds) has a hard time understanding why his daughter would do something like that.

To distract himself from his feelings for his ex, Eli pops the question… to Gabi. Will she accept or is she still mourning Stefan (Brandon Barash)?

Will (Chandler Massey) gets a surprise visitor in prison – Adrienne (Judi Evans.) Now that Ciara (Victoria Konefal) knows the truth about Will’s innocence, will she tell or keep it to herself?