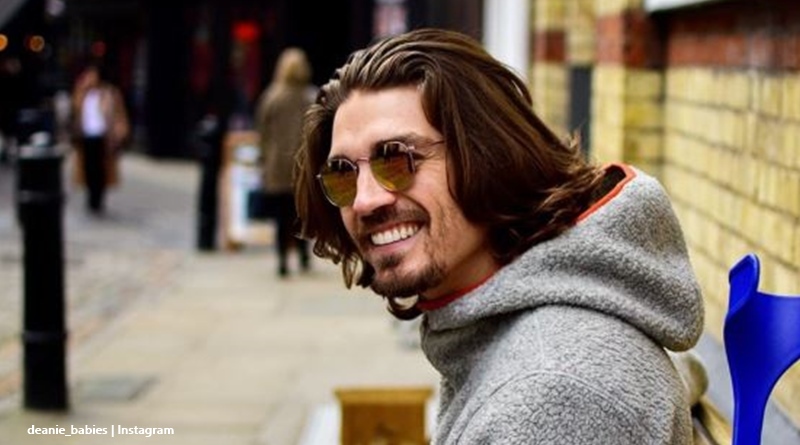 Bachelor in Paradise star Dean Unglert finally made it back to the USA after his bad accident in Switzerland. Dean broke his femur and dislocated his hip. By the time he got help, a storm was coming in and the weather got really cold. Finding himself in a potentially life-threatening situation, he made it to the hospital. But, after his discharge, he couldn’t fly because of his surgery. Now, the BIP star’s back home in the United States safely.

BIP – Dean Unglert shares the good news about being home

Dean got onto his Instagram account on Sunday to tell his fans he arrived safely home. He shared a nice picture of him with Caelynn Miller-Keys. His caption read, “Back in the states after an unfortunate turn of events in Europe.” As Caelynn flew across to be with him, he then gave her a shoutout. “it would have been a whole lot worse without my primary caretaker there to change my smelly socks, carry my luggage, and keep me entertained.” Finally, he reminded her there’s more devotion to come, saying, “thank you for everything you’ve already done and for everything you still unwittingly have to do.”

Many fans welcomed him home, grateful the BIP star made it out okay. And, fans hope the couple stays together and makes a go of it. One fan wrote, “Living so hard for this happy ending and relationship 😭❤️🙌. I’ll admit I was a skeptic watching paradise but you guys have evolved so, so beautifully as individuals and as a couple❤️. much love!” Another noted, “Dean, always be with her. She loves you so much. Never break her heart. She is a gem. ❤️”

Dean initially shared about his accident on Instagram. But then, he and Caleynn traveled by train, stopping off in Germany over the New Year. Then, he said they intended getting to London by road. TV Shows Ace reported that the delays getting home involved airline restrictions. People with surgery could suffer blood clots on long haul flights. During that time, Dean wrote about his ghastly accident on his blog.

US Weekly reminded readers that the Bachelor In Paradise star “accidentally skied into a rock. The reality star broke his femur, dislocated his hip and had to spend several days in a Zurich hospital after surgery to put four pins in his leg.” When he left the hospital, fans seemed astonished at how quickly he got around on his crutches. Luckily, BIP‘s Dean is young and fit from spending so much time outdoors.  Plus, Caelynn being at his side must have been a huge help.

back in the states after an unfortunate turn of events in europe. it would have been a whole lot worse without my primary caretaker there to change my smelly socks, carry my luggage, and keep me entertained. thank you for everything you’ve already done and for everything you still unwittingly have to do @caelynnmillerkeyes

Fans saw the couple started dating back in Season 6 of the ABC show earlier this year. At this time, it’s not clear that Caelynn’s ready to commit to marrying Dean.

Wait, Is Tammy Slaton In A Hospital Or Nursing Home?
One Original Member of ‘The Real World’ Won’t Be Living At Loft – Why Not?
‘My 600-lb Life’ Michael Blair Speaks About Near Fatal Car Accident
See Why ‘Little People Big World’ Lilah Is Stoked & Her Mom Is Happy Too
See First Photo Of Aunt Tammy Slaton Holding Baby Gage Halterman