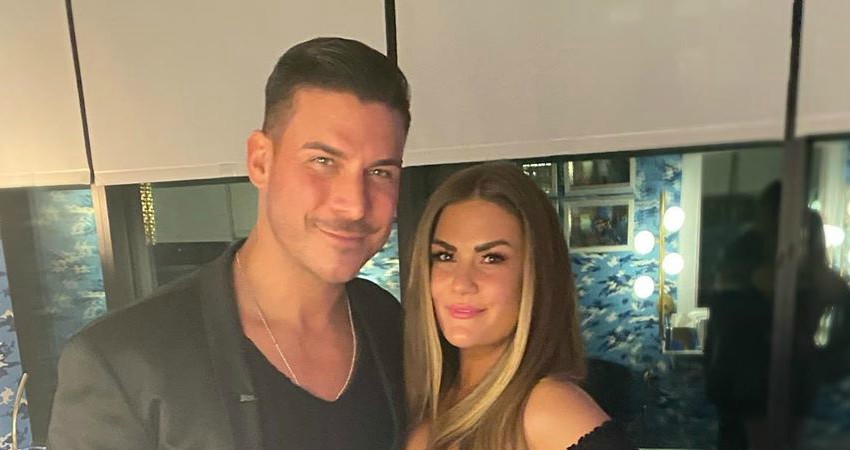 Vanderpump Rules stars Jax Taylor and Brittany Cartwright may not be having a baby anytime soon. Instead, the couple added a furry new friend to their home.

Jax and Brittany already have two small dogs. Kingsley is the couple’s Yorkie. Monroe, named after Marilyn Monroe, is mini poodle. The little dogs often accompany the VPR stars on their travels.

Both dogs have their own Instagram accounts – @spoiledmonroe and @spoiledkingsley.

You are going to cuddle with me and like it!! @spoiledmonroe 💟

Bravo TV reports that an Instagram Story Jax posted earlier this week seems to show a new addition to their brood. Brittany can be seen greeting a Yorkie puppy after the couple arrive home from New York City. While in NYC, the pair appeared on Andy Cohen’s Watch What Happens Live.

Brittany can be heard referring to herself as the puppy’s “mama” on the video. A caption written on the video reveals the new pup’s name: Sophie.

On their WWHL appearance, the couple fielded questions about their baby plans. Jax and Brittany were married in the summer of 2019. Fans have been on baby bump watch since before the wedding was even finished!

While Jax and Brittany are eager to have kids, they are waiting a while longer. TV Shows Ace reports that Brittany is determined to attend co-star Stassi Schroeder’s wedding in Italy later this year.

Perhaps the new puppy is to fill the couple’s baby fever.

VPR’s Jax Gets Shushed After Mean Comment About Ariana Madix

Jax stirred controversy when a fan asked on WWHL about Tom Sandoval and Ariana Madi. Jax muttered under his breath that Ariana “likes women.” He was commenting on why the other couple don’t plan to marry.

Ariana responded swiftly on social media. She chided Jax by saying yes, she does like women. Ariana said she also likes men. After asking Jax if he’d heard of bisexuality, Ariana further trolled him with the hashtag #thisisnthard.

Reality Blurb reports that Jax held a Q&A session with his fans on social media before the Season 8 premiere of Vanderpump Rules. Jax revealed that while he is on speaking terms with former BFF Sandoval, he doesn’t speak to Ariana.

He clarified that he doesn’t hate Ariana or have any problems with her. The two just aren’t friendly. However, he’s not a fan of his new VPR co-stars.

Five new cast members were added to the show for the new season. According to Jax, they would fit better on MTV than they do on Vanderpump Rules.

Emma & Alex Johnston Are All Smiles, Looking Forward To BIG Week
Jinger Vuolo’s New Post Has Fans Worried About Her Kids: ‘Are They Ok?’
‘LPBW’: Lilah Roloff Won’t Let Go Of Jackson, See Their Sweet Bond
Jeremiah Duggar, Rumored GF Hannah Wissmann Are All Smiles In Deleted Photo
‘Welcome To Plathville’ Olivia Plath Isn’t Sure What Will Happen In Marriage