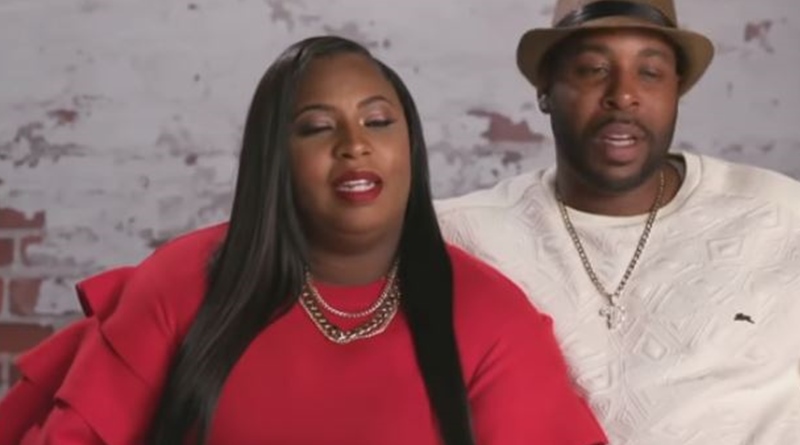 Life After Lockup returned with another season, and Andrea and Lamar are featured once again. At the end of the last season, we saw Lamar not wanting to live in Utah. Now, their story continues and he’s still not very keen at all. Fans enjoy their segments, but Andrea said they don’t watch them. When asked why not, she explained it to her fans.

After the show on January 10, Andrea took to her Instagram to share about the show. She posted up a card, and just captioned it with “question.” The card read, “Am I wrong for only watching Marcelino and Britney scenes?” Then she added, “I don’t even watch mine.” fans started commenting about that and one said, “I fast forward through them. I would much rather watch you and Lamar. 😀.” To that, Andrea said, “Ahhhh Thanks It was a rough year for us 🙁 but lots of growth ….”

Than. another Life After Lockup fan said, “Lol how could you skip over Clint and his crack goddess?” Yet another spoke up, saying nicely, “your awesome too but it would be hard to watch myself on TV! 💙💙💙 (SIC).” But then another fan wrote, “U don’t watch ur own? I love watching y’all!!!” Then, Andrea explained why. She replied to her follower, saying, “No it’s like living the problems all over again … And then we get into fights all over again …”

Although they fight a lot, fans enjoy Lamar and Andrea

The last time fans saw Lamar and Andrea, fans joked because they felt Andrea tried to hold him as a “hostage” in Utah. TV Shows Ace reported at the time that Andrea planned on staying in Utah “with Lamar and the kids.” Determined not to go back to LA, she took his birth certificate and debit card. Lamar was really shocked and they had yet another massive fight about that. And he went back to LA.

In the new season, All About The Tea noted ahead of their episode that Andrea and the kids went to the airport to meet him. They all made welcome signs but he never pitched up at first. Then fans saw a really angry Andrea, ready to fight with him all over again. In fact, she declared that she’s totally done with him. That got even worse after she called the Life After Lockup star but he never answered. And since she now talks about “lots of growth,” presumably, fans who enjoy them can celebrate that they appear to survive yet another year.

What do you think about Andrea saying they don’t watch their own episodes of the show? Do you think that’s wise as they might end up fighting “all over again?” Sound off your thoughts in the comments below.