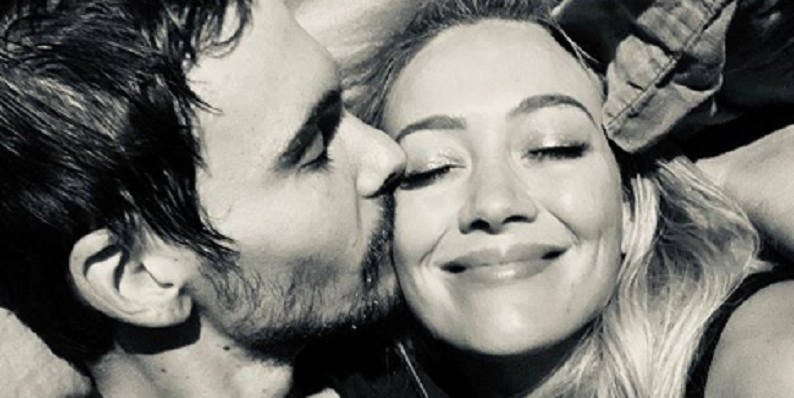 Hilary Duff is enjoying her honeymoon since news broke that the Lizzie McGuire revival is on hold. The showrunner stepped down from the upcoming Disney+ revival amid the singer’s honeymoon. Fans have been looking forward to this reboot since it was first reported last year. But the actress is too busy enjoying her new marriage to notice.

Show creator Terri Minsky quit the show to everyone’s surprise. A Disney spokesperson released a statement to Us Weekly on Friday, Jan. 10. Since fans were looking forward to the new series, there were “high expectations” placed on this new series. Shortly after filming the first two episodes, both cast and crew decided it time to go “in a different creative direction and putting a new lens on the show.”

🤯 we are standing in what will soon be the McGuire living room. What’s up fam. We doin this #lizziemcguire #disneyplus

Variety was the first to report the shocking news. A new showrunner has not yet joined the project. For now, production is on hold. This gives Hilary Duff plenty of time to enjoy her honeymoon with new husband, Matthew Koma. The Lizzie McGuire revival was supposed to focus on Duff’s lead character as she turned 30 and navigated through adulthood in New York City. Disney first made the announcement back in August 2019 and immediately started filming.

Minsky’s departure comes just as the Younger star shared photos from her honeymoon. Duff and Koma got married at their Los Angeles home on Dec. 21. The couple had a cozy backyard ceremony that included family and friends. Duff took to Instagram to break the news to her fans.

Now the two are taking some time to enjoy their newlywed bliss in Africa. Before then, they enjoyed a California staycation honeymoon, as reported via E! News. Following their intimate wedding, Duff and Koma brought their daughter Banks, 14 months, for breakfast in Studio City.

It’s been told that the couple wanted their time together in the U.S. and overseas. They’ve been sharing photos from their African adventure. An insider told E! News that they brought their daughter home “and then departed for a local honeymoon at a nearby hotel.” They walked around the hotel grounds, sat near the fireplace, and then headed back to their hotel room.

That’s the same place where the actress and her new husband showed off their simple wedding bands in a new selfie.

“They wanted to sneak away quickly and have some alone time to celebrate,” the source said. “With the holidays coming this week, they are all about family time right now and being together with the kids.”

The source also revealed that Duff and Koma also planned an “exotic honeymoon,” which turned out to be a trip to Africa. Minimalism has been the theme for their wedding and honeymoon. Duff shares a son Luca, 7, with her ex-husband Mike Comrie.

We wish Hilary Duff and Matthew Koma best of luck on their marriage.

What are your thoughts on the showrunner leaving the Lizzie McGuire revival? Sound off below in the comments section.