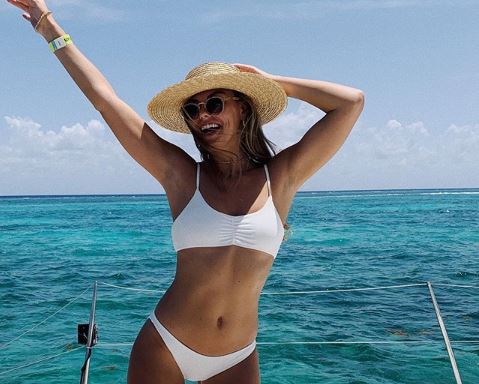 This season on The Bachelor 2020 Peter Weber has been seen making it clear he isn’t over Hannah B. Reality Steve says that Hannah B will go home next week and never return. The fans aren’t buying that though. They feel like a new interview on Extra! with Peter Weber proves that he picked Hannah Brown in the end.

This interview with Peter Weber is about four minutes long. One certain part is what fans are pointing out, though. They decided to ask Peter if he thought Hannah B could end up being cast as The Bachelorette again. It wouldn’t be crazy for them to bring someone back that has done the job before. If Hannah isn’t with Peter, she is still single.

Nick Viall actually commented that Hannah could get the job. When asked about it, Peter got a huge smile on his face. He kinda laughed and said that he “can’t speak on that.” One reason he can’t is that it would be a spoiler. Fans are talking about how they feel like that smile means that Hannah B is the one that Peter picks in the end. He did also comment that he knows a lot of people love Hannah B so he understands Nick saying that.

Reality Steve has not been able to spoil who Peter Weber picks in the end. So far, it sounds like fans may have to wait until this season of The Bachelor 2020 is done airing to get answers.

What else does the video talk about?

In this clip, Peter Weber also talks about how he knew that it would be an emotional season. He admits that he fell for a couple of them. Peter said there will be a lot of dancing this season and they had fun with it.

They also teased that Chris Harrison is calling him “the kissing bandit.” Peter admits he had a lot of strong connections during this season. He does want a girl who likes to travel. Peter also did tease that his best friend is his dog and that he will be on the show some. Peter’s brother is in a relationship so he doesn’t see him ever doing the show.

Don’t miss new episodes of The Bachelor 2020 on Monday nights on ABC. Reality Steve has been able to spoil most of the season, but the ending is still a mystery for now.