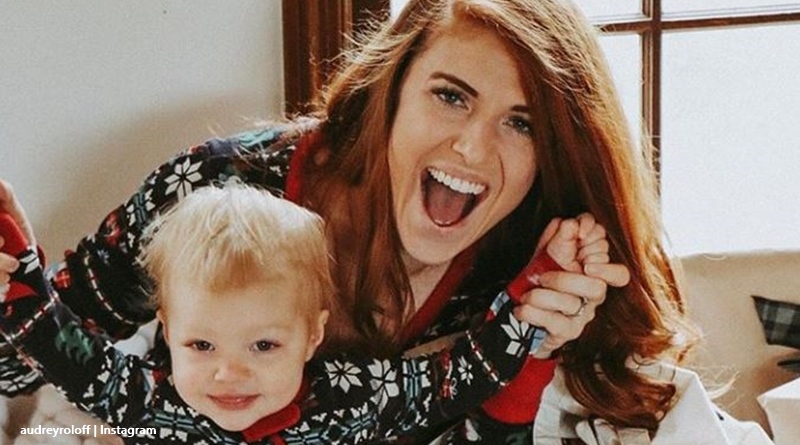 LPBW fans and the Roloff family are eagerly waiting for Audrey Roloff’s baby boy to arrive. He’s now reached his due date, at 40 weeks. And, Audrey feels he should just “come out” now. But, as his sister Ember came 11 days late, the second baby might keep everyone waiting a few more days.

TV Shows Ace reported that for about a week now, Jeremy and Audrey have basically sit tight at home as they wait for their baby. Plus, we noted that Grandma Amy can’t wait for her latest grandchild to arrive. Even Caryn Chandler’s getting excited, fans noted on Instagram. And fans eagerly await the news of a safe delivery. Audrey and Jeremy already have a daughter, Ember. Now, they expect their first son. Like Zach and Tori, with Jackson and Lilah, soon there’ll be two boys and two girls in the grandchild line.

Audrey and Jeremy keep on updating about the baby as best as they can. The little one’s still in the womb, so fans are seeing loads of baby bump pictures. Beside themselves, LPBW fans now just want to see pics of the new addition. And, so does Audrey. She knows it’s time for this baby to arrive. But, you can’t really hurry these things up. Patience wears a bit thin as she joked it’s time for him to “come out” now. However, People noted that she’s “trying to manage” her expectations.

On Friday, Audrey shared another shot of her baby bump. She captioned it with, “Happy due date baby boy👶🏼you can come out now😜 #40weekspregnant.” Some fans think the baby looks really low in her stomach. But, others who previously had late babies suggested a few more days yet. One fan wrote, “Looks like it may be another few days. 3 of my 4 babies were early. My first son was on time (I say “late”) 😂. He is comfy in there mama.”

Meanwhile, anther LPBW fan suggested she eats some “pineapple.” While some fans also urge the baby not to be overdue like his sister, babies can surprise their moms.

Happy due date baby boy👶🏼you can come out now😜 #40weekspregnant

TV Shows Ace reported that Jade Roper Tolbert of Bachelor In Paradise tried a “pregnancy salad” to help her son Brooks along. Despite joking about these things, Brooks came out at such speed that they never made it to the hospital. USA Today reminds readers that she gave birth her the closet. Hopefully, Audrey’s baby boy doesn’t rush out at such high speed.

Do you think this Roloff baby’s just about ready to come out? Sound off your thoughts in the comments below.

Remember to check back with TV Shows Ace often for more news about Audrey and Jeremy and the cast of TLC’s LPBW.