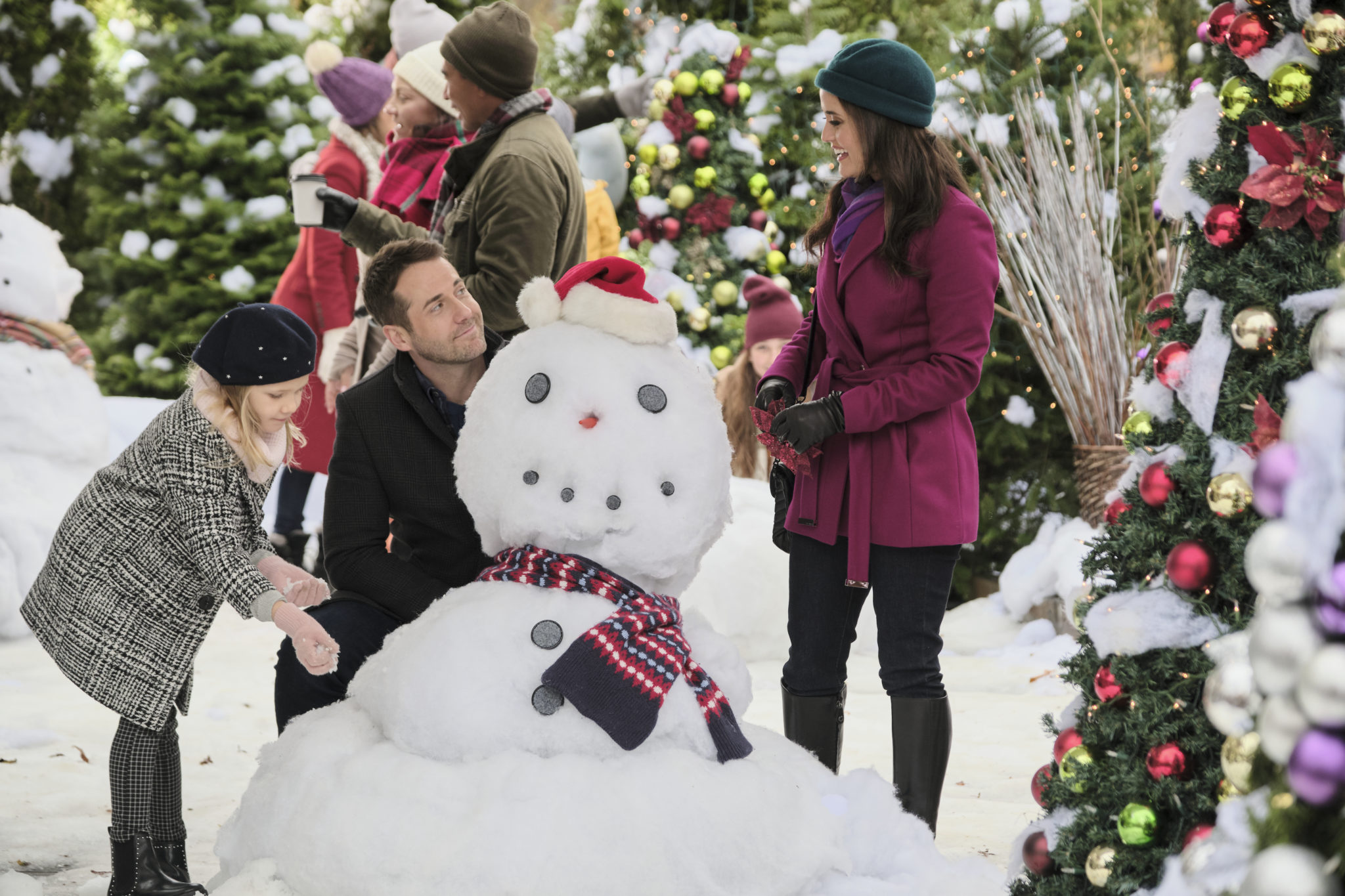 What are the details?

Hallmark’s two main channels are not airing Christmas movies every Thursday and Friday. On Thursday nights, go to Hallmark Movies & Mysteries for your bit of Christmas cheer.

You may want to tune in early to catch a previous season’s Winterfest movie, airing right before the Hallmark Channel’s Christmas movies. What are Winterfest movies? Read on!

Now that Hallmark has transitioned from Christmas, the programming glides right into Winterfest. There is a lot of overlap, including snowball fights, hot chocolate, skiing and wintery scenes.

For example, the wonderful new Lacey Chabert, Tyler Hynes Winterfest movie, Winter In Vail is a wintery love story that takes place in charming Vail, Colorado. Who knew old Vail had a Bavarian history? There are chalets, adorable main street, plenty of snow, wintery treats and a warm romance.

Hallmark traditionally brings back Christmas movies at the the halfway point of the year. This is what they call Christmas In July. This is when the network replays original Christmas movies like two of the 2019 fan favorites,  Christmas at the Plaza or Holiday For Heroes. What a fun excuse to bake some holiday cookies and mentally cool down during the dog days of summer by watching some snowy, Christmastime favorites!

According to Good Housekeeping, in 2019, Hallmark aired 225 original movies. Although they have not made any current announcements, it is likely to be about the same in 2020. The other fun part of Christmas in July is that Hallmark will also show sneak peaks of the brand new 2020 Christmas movies! Although the new crop of movies will not begin airing until October, it will be fun to see what sorts of holiday stories we have to look forward to.