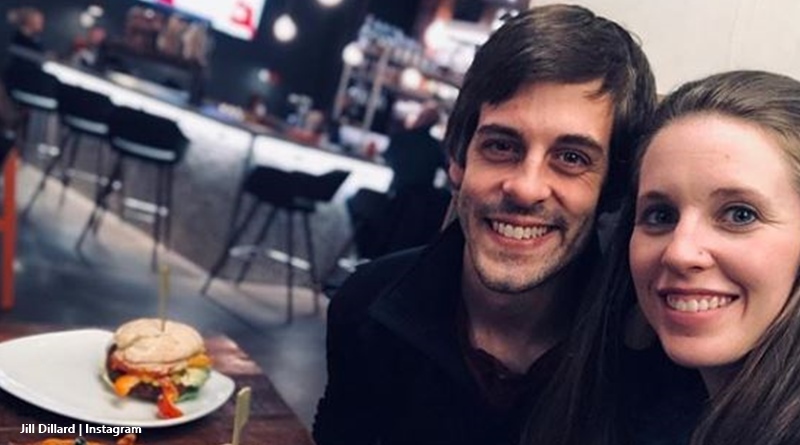 Duggar fans heard last Friday, that Jill Dillard opened a new P.O. box. Quite a lot of people trolled her, suggesting she just wanted free gifts. But, other fans welcomed the opportunity so they and their kids could write to her. After all, the other family members don’t seem to have post boxes. Now, she revealed on Instagram, that already, gifts come in.

TV Shows Ace reported that when Jill shared about her new P.O box, many people slammed her for it. Critics believed she only opened one so people could send her free things. We noted, “One troll said, ‘So, you’re essentially just begging for people to send you free stuff now?’ Another said, “they are looking for a handout.”  Then one critic accused them of “grifting.”

Nevertheless, within a week, Jill already started getting stuff in the new box. The Duggar daughter went onto her Instagram Stories to share a few short videos. Mostly, the gifts seem to be for the kids. Envelopes that probably contained fans’ letters also lay on the table. And, she mentioned skirts. Jill thanked those people who sent in gifts. Her son certainly seemed to love his comic book.

Gifts for Jill, is it grifting?

Fans can’t comment on the Instagram Stories, but they take to opportunity to comment on her main Instagram page. And some Duggar fans feel so sorry for her. On a post about a date with Derick, one fan noted, “Jill, I’m so sorry some people are being rude, especially about the mailbox. Love and prayers to you and the fam💙.” So, some fans seem to agree there’s nothing wrong with accepting gifts.

The Ashley’s Reality Roundup reminds readers that grifting accusations came out in 2015. That came after the Dillards formed a “tax-exempt ministry in 2015 using donations from their fans.” There, they did some work with the locals, some preaching, and interacted with football games. But they also did a lot of flying between Central America to Arkansas. So, Duggar fans grew suspicious they just funded a lifestyle. Critics started calling them grifters.

The outlet also noted that one fan asked, “Are you for real? You left in July for missionary work and in the three months you have been back twice and airfare is thousands! Now you are staying for a month to enjoy family and friends? You are not missionaries; you are grifters asking people for money so you don’t have to work.” Since then, if the couple tries to suggest anyone should send them anything, Duggar critics slam them for it.

What do you think about Jill Dillard already getting gifts in the new P.O box? Do you think that if people voluntarily send them things, it’s not fair to call them grifters? Or do you think they really just wanted a P.O box for free gifts? Sound off in the comments below.

Remember to check back with TV Shows Ace often for more news about Jill Dillard and the rest of the  Duggar family.