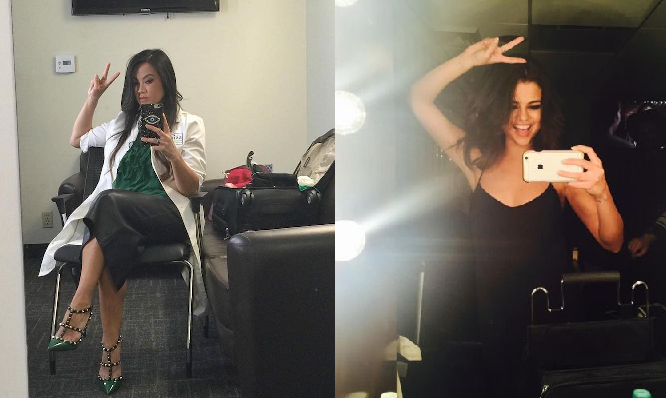 The star of Dr. Pimple Popper just revealed that Selena Gomez prevented her Instagram profile from being removed. As TV Shows Ace reported, Dr. Sandra Lee gained fame for her pimple popping videos on social media. But not everyone is a fan of her videos. Some would argue that the videos are graphic and downright gross.

In a new interview, Lee revealed that she doesn’t like it when people send her the same type of videos. She understands why other people wouldn’t click on her videos.

“I don’t like it when people send me popping videos,” she revealed to Yahoo Lifestyle during the BUILD Series event. “It just grosses me off.”

This statement is shocking to fans of Dr. Pimple Popper. She’s gained notoriety and fame from giving her fans a glimpse into her everyday work. Her TLC series shows her dealing with some of the most difficult skin conditions such as cysts and lipomas. Still, Lee has a difficult time with watching someone else do a similar procedure.

Lee calls herself a “born-again popaholic” since she would rather watch her own videos. As a result, she understands why people find the videos pleasant while others find them downright disgusting. Most of those who find the videos gross almost got the Dr. Pimple Popper Instagram account removed from the social media.

“I would be fighting all the time,” Lee said talking about the social media app. “I would get community guidelines strikes against me.”

That’s when she revealed that Selena Gomez was the one who “saved” her from that Instagram drama. It happened when Gomez interviewed the CEO of Instagram and she was asked about her favorite Instagram account, in which she named the Dr. Pimple Popper account. Lee admits she feels like she’s “been untouchable” since Gomez mentioned her. She credits the pop star for keeping her up on Instagram.

Millions of people watch Lee’s videos on Instagram and video. In her latest video posted to Instagram, Dr. Pimple Popper is seen battling a giant cyst on her patient, as reported by Women’s Health. She wrote in the caption: “Better watch out, you never know when a pop will strike back! #drpimplepopper #splashmaskrequired”

Better watch out, you never know when a pop will strike back! 😷 #drpimplepopper #splashmaskrequired

Lee uses her scalpel and scissors to grab the cyst. Then she just grabs the cyst with her gloves and squeezes as hard as he can. Once she grabs the cyst, dark brown pus shoots out at the camera. The fans weren’t disappointed with this latest video.

What are your thoughts? Do you find Dr. Sandra Lee’s videos satisfying? Or, do you think they’re grotesque? Sound off below in the comments section.

Don’t forget to check back with TV Shows Ace for the latest news on Dr. Pimple Popper.