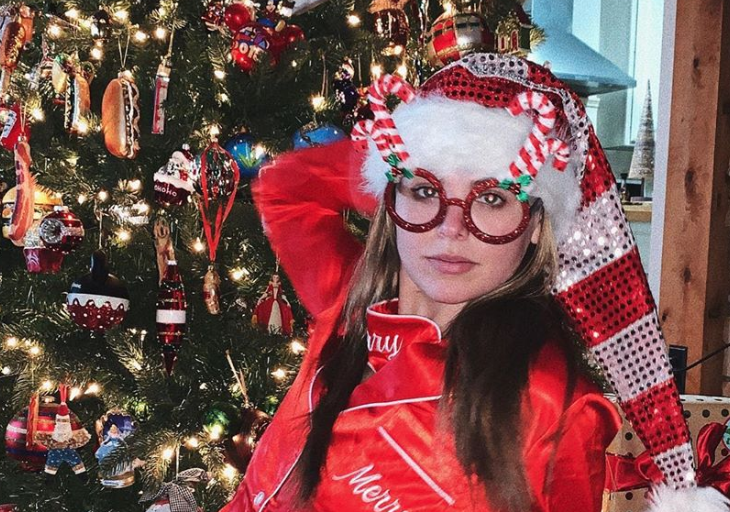 Hannah Brown, some people love her and some people hate her. Regardless, she has had quite the year when it comes to her time in reality TV. Now, fans are speculating as to if she could possibly make a return to The Bachelorette. Chris Harrison shared some of what he knows about the situation.

Hannah Brown had a very dramatic season on The Bachelorette this past year. First, she found out her fiance already had a girlfriend. Then, she didn’t even win over her second runner-up on After the Final Rose. Now, fans are wondering if she will try to get another season being The Bachelorette. According to US Weekly Chris Harrison is talking about the situation.

“Look, anything’s possible. I’m not against it,” Chris said. “I think the things that make us love her so much — and I’m included in that and adore her — is she is so open and honest and just, she’s a train wreck. You get to see the good, the bad and the ugly in Hannah and that’s a rare thing in any human being.”

Hannah takes over ‘The Bachelor’

Hannah has already made an appearance twice this season on The Bachelor. Not only were the girls on the show upset but it seems like some fans are ready for her to leave as well, however, she and Peter really do still seem to have feelings for each other that they should really figure out. This all should’ve have happened before the show started but it’s better Peter be with someone he loves rather than someone else.

However, there’s still no telling if it’s really Hannah that Peter ends up with. According to Chris Harrison and Peter, this season will have a very unique ending. Normally, the show would be spoiled by now but it seems like this time nobody can crack the code. Fans are still anxiously awaiting to find out who Peter will choose. Since the season just started on Monday, there’s a long way to go. However, the ending will apparently be rather heartbreaking. That makes it seem like Peter might not end up with anybody.

Why does the ending get emotional?

In previews for one of the final episodes, Chris is talking about how one of the girls has revealed something new. Whatever it is, it doesn’t sound good. There’s a good chance this girl could have been the one Peter was going to pick but now this mystery thing will make him have to choose a different person or no one at all. Whether or not that person will be Hannah Brown…we still don’t know.

Do you want to see Hannah Brown as the next Bachelorette or are you tired of her being on your TV? In addition, do you want to see Peter and Hannah end up together or do you want Peter to find new love? Let us know your thoughts in the comments below. Be sure to watch the new season of The Bachelor on ABC every Monday night to find out who ends up winning Peter’s heart.