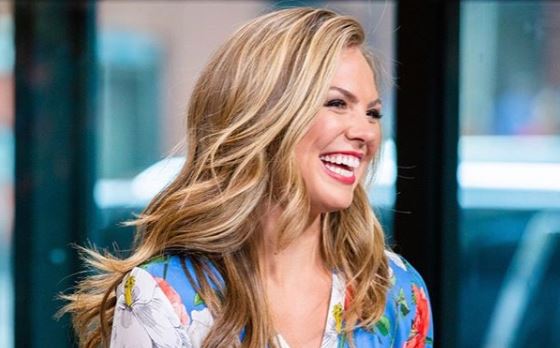 The Bachelor 2020 started this week. Reality Steve has not been able to spoil who Peter Weber picks in the end. Today, he went to his podcast and shared if Hannah Brown will be the one that he ends up with. A lot of fans think that is what will happen. It is clear that Hannah and Peter still have feelings for each other.

In Reality Steve’s podcast today, he says that Hannah Brown will not win the show. He even went on to share more details. Steve says that next Monday everyone will see Hannah once again. She will finish her conversation with Peter and go home. At that time, she was filming Dancing With the Stars and couldn’t have really joined the show if she wanted to.

Steve even went as far as to say that Hannah B doesn’t return to the show at all. After she leaves this week, The Bachelor will go on like normal without her around. He will go on dates with other girls and move on. It looks like he will find love, but nobody knows for sure just yet.

Peter Weber has been speaking out and saying that this season of his show won’t be spoiled. Reality Steve is surprised that he is saying that at all. Steve says that there are not many options and he still feels pretty confident he will figure it out. As of right now, he doesn’t think that Peter Weber ends the show single.

Steve is sure that it is one of two women. He has it narrowed down and fans are just going to have to wait and see what happens. So far, Reality Steve hasn’t been able to spoil the ending.

Don’t miss watching Peter Weber as The Bachelor on Monday nights on ABC.