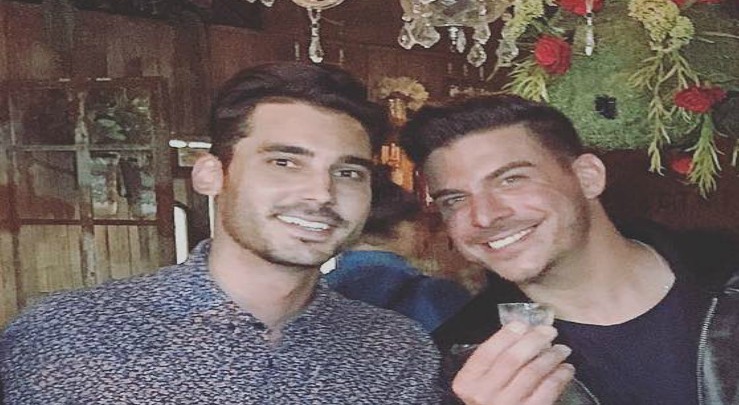 Vanderpump Rules fans saw some new faces on Tuesday night’s premiere episode. There are actually five new cast members, but viewers were only introduced to three.

Brett Caprioni, Max Boyens and Dayna Kathan made their VPR debut. Danice Dow and Charlie Burnett will show up as the season progresses. People checked in with Dayna, Max and Brett to get their thoughts on filming the reality show.

Scheana clapped back after Brett called her a “bad kisser” during his one-on-one interviews. During Katie and Tom Schwartz’s “housechilling,” Brett seemingly warned Max off of Scheana.

Another VPR star set her eyes on Max – Dayna Kathan. The pair seemed to make a date for the next day, despite Max’s upcoming weekend getaway with Scheana.

Dayna told People that her role on the show was “slow” in the beginning, but things got “wild” as filming continued. She said,

“I think not all of us knew how big or small we’d play into everything. It happened very quickly. It was kind of surreal.”

The VPR Season 8 trailer shows Dayna and Scheana clashing over their mutual interest in Max.

Original VPR stars, Tom Sandoval and Tom Schwartz, own a small percentage of TomTom. Max Boyens is the restaurant’s new general manager. During the course of the season, Dayna somehow is poached and ends up working at TomTom with Max.

However, Max assures fans that the drama isn’t manufactured for the cameras. It happens organically, he says.

“Figuring out what’s your storyline going to be, or how are you going to be interesting to people that don’t know you — you don’t think about that, it just happens.”

Scheana and Dayna fighting over the same man has shades of early Vanderpump Rules seasons. However, Max wants fans to know that he isn’t trying to replace any of the show’s veterans. He said,

“I don’t think there are shoes to fill or step into, I think it was more about keeping up.”

Fans aren’t sure about the new blood and neither is Jax.

VPR Jax Says the Newbies Can ‘Beat It’

Jax often interacts with VPR fans on social media. Either by blocking them or responding to their questions. A fan tweeted to Jax that they aren’t ready to accept the new people on the show.

The VPR OG replied that he isn’t either. He did clarify that Max and Brett were cool, but said the other can “beat it.”

Trust me I feel ya….I haven’t and won’t. except for Max and Brett the rest can beat it. 🤣 #pumprules https://t.co/TK4ctQtc1K

20 mins until the Season Premiere of #PumpRules! Who’s watching?! @bravotv